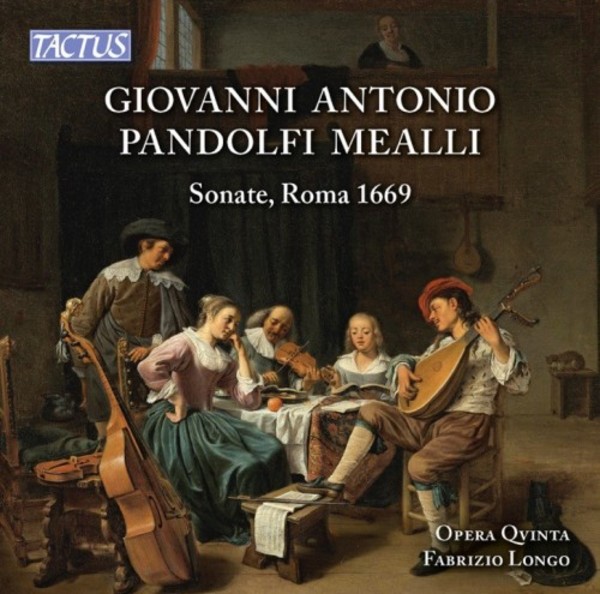 Fabrizio Longo directs the Opera Quinta ensemble in a rediscovery of the music of Giovanni Antonio Pandolfi Mealli, a singular character and dynamic protagonist of the Italian and European music scene of the seventeenth century. From his native Tuscany, first he moved to the Austrian court where he started his career as composer, then, as virtuoso violinist, to Messina at the time the thriving Sicilian city was distinguished for its avant-garde cultural activity. Here Pandolfi composed the collection of songs presented on this CD, all dedicated to Sicilian princes and musicians, including a singer that would later be murdered by the composer in unclear circumstances. He finally ran away from Messina taking service at the Spanish court where he presumably remained until his death. Most of these compositions are brilliantly characterized by the Messina seventeenth-century sounds and instruments (i.e. scacciapensieri, triangle, triple flute, castagnette and tambourine) enriching the performances with the vitality that characterized popular dances and Spanish musical influences mixed with cultured forms of music (especially by the Roman school) on which the official institutions in the city were based.