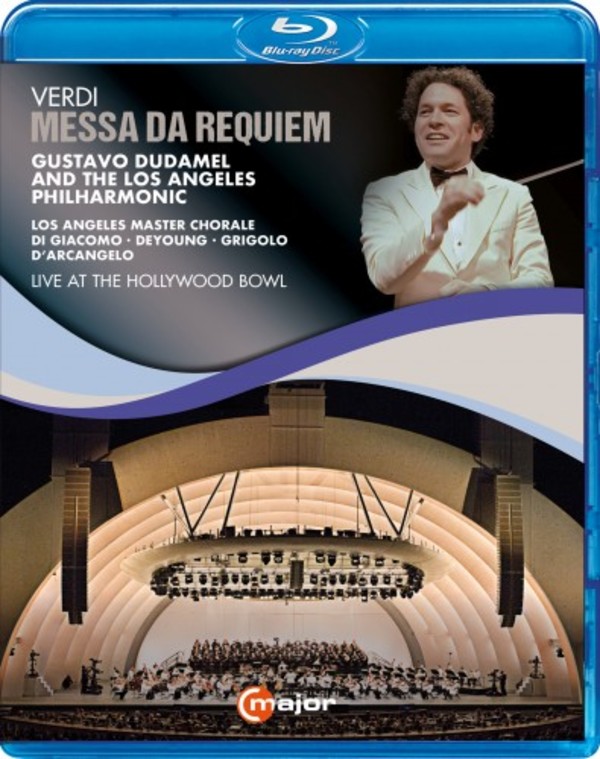 When the revered writer Alessandro Manzoni died in 1873, Verdi was unable to bring himself to attend the funeral. Instead he composed his monumental Messa da Requiem in Manzonis memory and conducted its first performance on the first anniversary of the writers death. In addition to its profound spirituality, the work also brings together all the finest qualities familiar from Verdis operas, qualities that include endless melodic lines and powerful musico-dramatic effects. The present performance was recorded in Los Angeless legendary Hollywood Bowl in August 2013 and brought together three superstars from the world of music: the conductor Gustavo Dudamel, the tenor Vittorio Grigolo and the bass-baritone Ildebrando DArcangelo, all of them at the top of their form.

Bonus: Behind the scenes + Interviews and rehearsal with Gustavo Dudamel