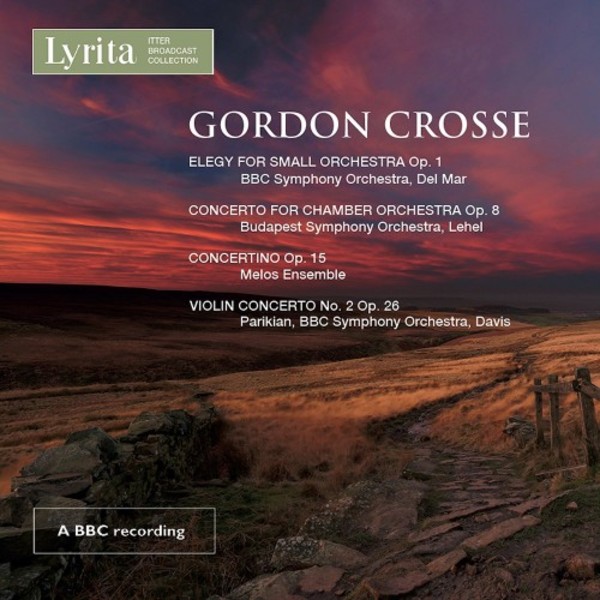 If [a composer] has something to say, it can be said only through his technique; he has no control over inspiration. The surest way of writing dull music is to sit down with ones head full of Beauty or Socialism instead of crotchets and quavers. This no-nonsense approach to his craft has served Gordon Crosse well during his long career as a creative artist. Crosse was born in Bury, Lancashire on 1 December 1937. He won a place at Oxford University, where he studied with Egon Wellesz and Bernard Rose between 1958 and 1963. In the spring of 1962, following the advice of Peter Maxwell Davies, he studied for three months with Goffredo Petrassi in Rome. From 1964 onwards he combined composition with various teaching appointments at the Universities of Birmingham, Essex and Kings College Cambridge. After growing disenchantment with his profession, he gave up composition altogether between 1990 and 2007. The five works presented here all date from the 1960s. It was a period of great success and acclaim  in 1966 he was granted the Vaughan Williams Composer of the Year Award for his outstanding contribution to British music and in the same year an article in The Times devoted to his output began with a quote referring to him as the most exciting composer to have appeared in Britain since Richard Rodney Bennett.