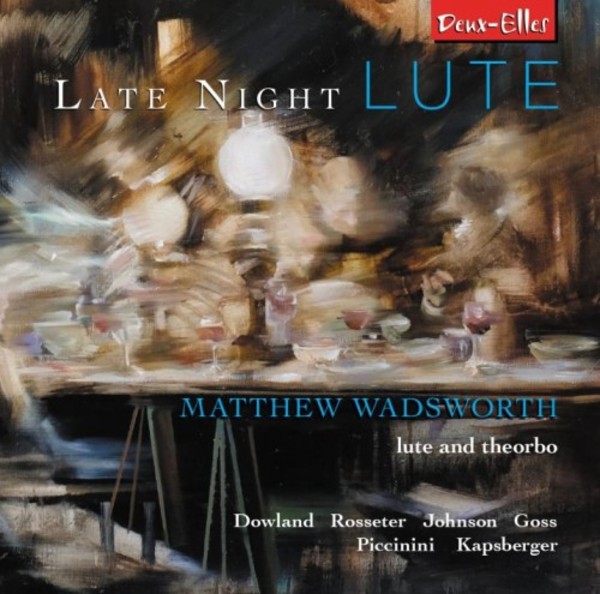 Inspired by the ambience of the evening concerts he gave at various festivals, Matthew Wadsworths new disc is a relaxing programme of music for lute and theorbo.

Matthew Wadsworth has earned a reputation as one of the worlds finest lutenists. Working in the UK, Europe and North America as a soloist and chamber musician, he has appeared at most major concert halls and festivals, and can often be heard on radio, both in live performance and recordings.

Born in 1974, Matthew studied lute at Londons Royal Academy of Music with Nigel North, after which he spent a year at the Royal Conservatory of Music in The Hague.

Features the newly commissioned work of The Millers Tale, composed by Stephen Goss for Matthew Wadsworth, which received its world premiere on 6 March 2017 at Londons Wigmore Hall.

You get the feeling that hes playing for himself and for you, but not for a big public. Gestures are subtle, with an expressive range which flatters sophisticated ears perhaps because he always plays from the heart, theres an inner power and sincerity to his performances which make for compelling listening. - International Record Review

The playing in this little theatre of shadows is of course ravishing throughout, with Wadsworth again demonstrating his appreciation of the lutes propensity for subtle gradations of tone and timbre. That he ends with two of Dowlands most profound utterances, thus making us end where we began, is further testament to his refined sensibility.  William Yeoman
Gramophone August 2017

And as you heard its not just Gosss music that makes the most of the instruments bass strings  the intimate recording seems to lighten it as well. Well if the idea of a brand new work for the theorbo intrigues you and there are precious few especially good ones, Wadsworth reminds us, youll find Late Night Lute on the Deux-Elles label.
Record Review (BBC Radio 3) 8 July 2017