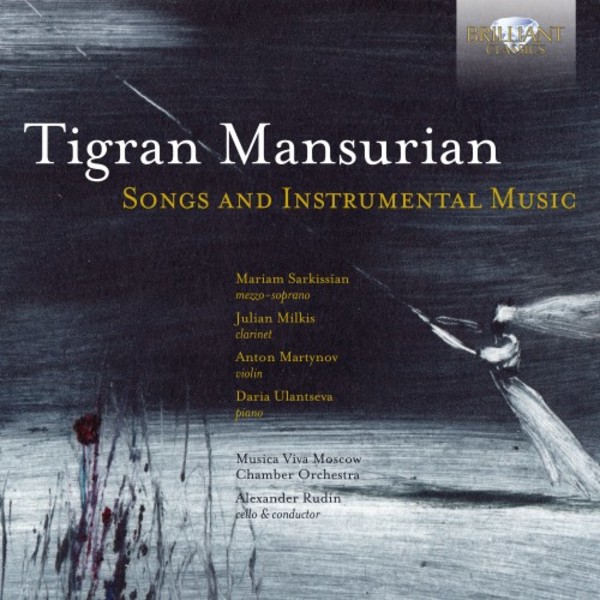 Tigran Mansurian has gained an enthusiastic following in the West thanks to recordings which have placed him in the context of other mystical composers working in the former republics of the Soviet Union such as Giya Kancheli from Georgia, and Franghiz Ali‐Zadeh from Azerbaijan. Mansurian himself is Armenian, and as such has featured in a Brilliant Classics Armenian Composers collection of songs and piano music by, among others, Ramanos Melikian and Artur Avanesov.
Mansurians music, however, deserves to be considered on its own terms. The most fruitful period of his work was between the mid‐1960s and early 1980s when he was considered a representative of the same nonconformist movement in Soviet music as his friends Andrei Volkonsky, Edison Denisov, Alfred Schnittke, Arvo Pärt and Valentin Sylvestrov. Using elements of Impressionism dodecaphony, even pointillism, Mansurian has been a master‐creator of distinctive textures, inclined to soft harmonies and slowly paced, flexible development, often with melodies that delicately refer back to his Armenian heritage.
Canti paralleli (2012) is the main work on the album: a half‐hour cycle of settings of Armenian poets for mezzo‐soprano, piano and chamber orchestra. Postludium dates from 1992 and has been especially revived for this recording. It is dedicated to the memory of the violinist Oleg Kagan, as is the Agnus Dei of 2006. This is a three‐movement instrumental reflection on the liturgical text, featuring the same ensemble of violin, cello, clarinet and piano used by Olivier Messiaen in the Quartet for the End of Time. All three works have their grave and stark moments, but the mood is not unrelieved, as one finds in some of his contemporaries: there is music of great tenderness and ready melodic appeal here. These are all premiere recordings, making the album a valuable addition to the Mansurian discography.
Armenian mezzo‐soprano Mariam Sarkissian already received wonderful reviews of her previous album for Brilliant Classics (BC95244) of songs by Armenian composers Melikian, Avenesov and Mansurian.