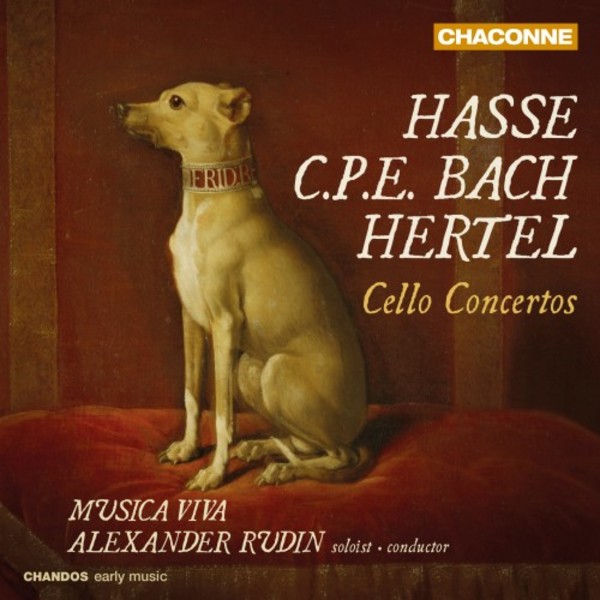 This album presents three rarely performed or heard early German cello concertos, played by Alexander Rudin. The multi-prize winning soloist is also a well-established conductor, in his native Russia as well as worldwide, fulfilling both roles in this recording, his first on Chandos.
He is joined by Musica Viva (the Moscow Chamber Orchestra), one of the most popular and loved chamber orchestras based in the Russian capital. The unique atmosphere of the orchestras concerts is but one of many attractions for the audience. Without fuss or fanfare or unnecessary pathos the musicians present refined and unconventional musical programmes, in which acknowledged masterpieces rub shoulders with musical rarities.
The cello concertos performed here are among the earliest by German composers. The works by Hertel and CPE Bach show evidence of a characteristically North German sensitive, or even sentimental, style, while the four-movement concerto by Hasse has a more charming, galant texture.