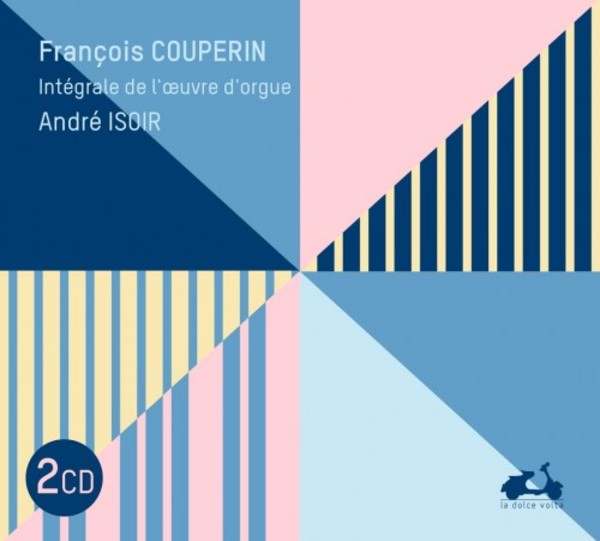 François Couperin (1668-1733) was only 22 when he published his Organ Pieces consisting of two Masses. Although this was destined to remain his sole contribution to the organ repertory, its enchanting freshness, sensibility and maturity make it one of the masterpieces of that corpus. André Isoirs interpretation of the Messe des paroisses and Messe pour les couvents charms and surprises the listener with its free approach to ornamentation. This complete recording, engineered by Georges Kisselhoff in 1973, is an indispensable landmark in the golden age of the French organ.
When you go into a church and see those great metal pipes gleaming in the shadows, and then imagine one man making all of that work, you really want to be that man yourself. You have to admit that the organ is an instrument you get attached to.
Born in Saint-Dizier, north-eastern France, in 1935, André Isoir studied music at the Ecole César Franck, where Edouard Souberbielle was his organ professor and Germaine Mounier taught him piano. He died in 2016 on his 81st birthday. Isoir leaves a significant recorded legacy, including a comprehensive survey of the organ works of Nicolas de Grigny, an acclaimed César Franck series, on the organ of Luçon Cathedral, and the Saint-Saëns Organ Symphony with the NHK Symphony Orchestra Tokyo. But it is as an interpreter of the works of JS Bach that he will be primarily remembered: his recordings on the Calliope label (recently reissued on La dolce volta) are widely regarded as some of the finest interpretations of these works on disc, winning numerous prestigious awards including the Choc de lannée prize in 2000 and many Grands Prix du Disque throughout the 1970s and 80s.