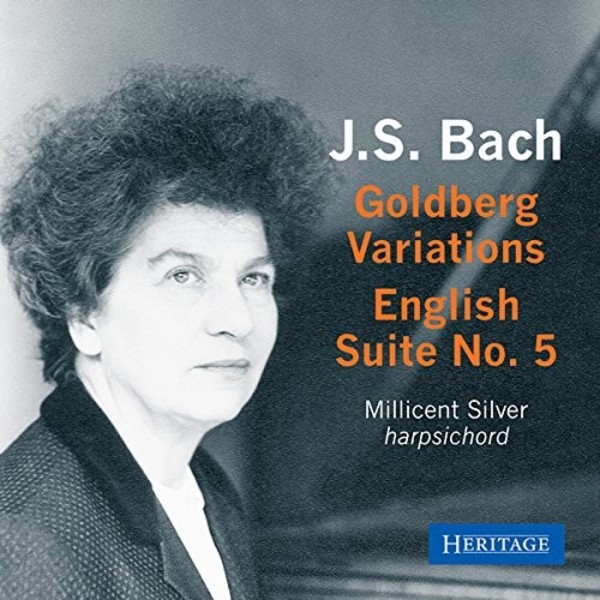 This disc commemorates a much-admired British musician, the harpsichordist and pianist Millicent Silver, whose career as performer and teacher spanned five decades from the 1930s to the 1970s.  She influenced a whole generation of British harpsichordists such as Christopher Herrick, Christopher Kite and the renowned player and conductor Trevor Pinnock.

The revival of interest in the harpsichord and the music written for it began in the early 1900s with the great Polish player Wanda Landowska. In Britain, the harpsichord revival got under way in the two decades following World War Two, led by three outstanding players: George Malcolm, Thurston Dart and Millicent Silver. Malcolm and Dart both recorded extensively. Silver, who probably performed more widely across Britain than they did, disliked recording and left only a few discs, two of which are reissued here. Both were recorded for the Classics Club label in the late 1950s and later reissued by SAGA. Here, they receive their first widespread, commercial CD release, newly transferred with excellent results.

The Goldberg Variations, in particular, were central to Millicent Silvers repertory.