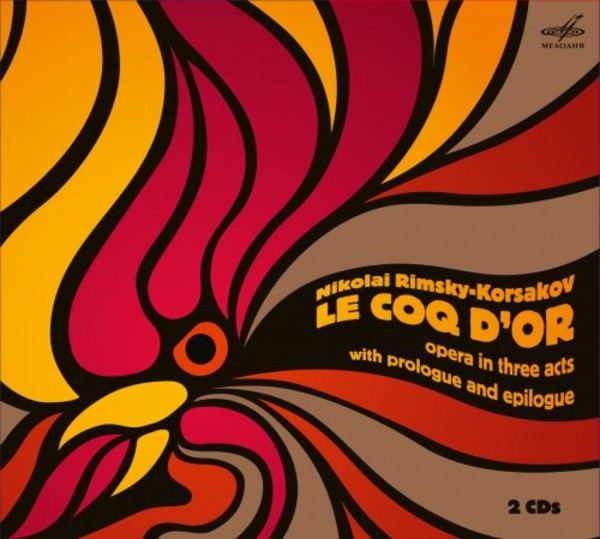 The composer worked on it in 1906 and 1907. The libretto based on Alexander Pushkins fairy tale of the same name was written by Rimsky-Korsakovs permanent associate Vladimir Belsky who was a keen music lover and supporter of the composers ideas (before that, they jointly created The Tale of Tsar Saltan and The Legend of the Invisible City of Kitezh). 'I hope to put Dodon to shame once and for all', with this declaration Rimsky-Korsakov emphasized the satirical orientation of Pushkins fairy tale amplified by the authors of the opera. Here, Dodon and his kingdom are a grotesque musical parody, deriding the inertness and helplessness of the authorities of the last years of the Russian autocracy.

The other fairy-tale layer of the opera, so typical of Rimsky-Korsakov, is as interesting and represented with the characters of the Astrologer, the Cockerel and Queen of Shemakha, an embodiment of wicked beauty, whose bewitching insidiousness leads Dodon to death. The music of the Queen of Shemakha reflected the tradition of the Russian Orient as well as the latest devices in the field of musical technique, harmony and orchestration. In terms of refinement of the musical language, the second (fairy-tale) act is among the brightest phenomena of Russian art of the early 20th century.

The featured recording was made by the outstanding musicians  the soloists, choir and orchestra of All-Union Radio and Television. From the late 1940s to the early 1960s, the orchestra recorded operas by Russian and foreign composers such as Alexei Verstovsky, Anton Rubinstein, Nikolai Rimsky-Korsakov, Christoph Gluck, Josef Haydn and others, which were rarely performed or totally unknown to the Soviet listeners.