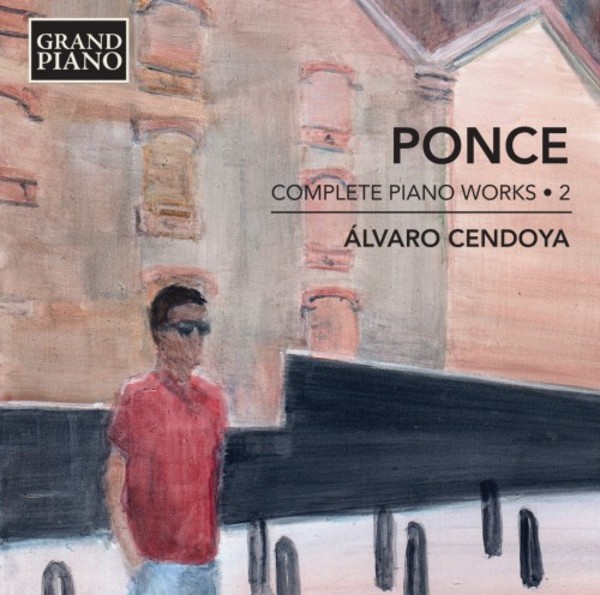 Manuel Ponce was one of Mexicos most prolific and decorated composers and remains highly esteemed and popular today. Forced to leave Mexico during the Revolution, Ponce settled in Cuba and soon absorbed the islands seductive Caribbean sensuality and subtle dances, also expressing melancholic nostalgia for his homeland in the Elegía de la ausencia. Exploration of new compositional techniques while in Paris resulted in significant works such as the Suite Bitonal, particularly valued for its original aesthetic and inspired lyricism.

Álvaro Cendoya started his piano studies in his native Spain, followed by three years of studies in Buenos Aires, and later in London. In 1989 he won the prize for the best interpretation of Spanish music at the international Premio Jaén competition. He made his international début in Geneva in 1995 and at Wigmore Hall a year later. Cendoya went on to give recitals and master classes around the world, including the UK, several European countries, the USA, across South America, in Iran, Beirut, Shanghai and Beijing. Previous recordings include music by Cuban composer Ignacio Cervantes and the Basque composer Garbizu. He is a professor at the Basque Conservatory of Music.

Cendoya captures the rhythmic swagger and melodic verve that runs through all of these pieces with charming, easy fluency. Its infectious music, beautifully played  CBC on Vol.1 (GP638)