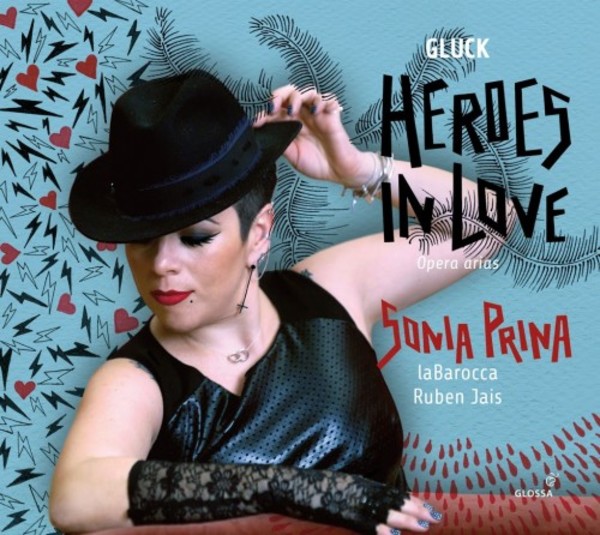 There is no shortage of heroic roles in Glucks repertoire. As well as Orfeo, from Orfeo ed Euridice, many memorable parts were assigned to the alto voice (whether male castratos or female contraltos) and it is precisely this repertory which is celebrated on this CD.

Gluck had the good fortune to work in the age of such celebrated alto singers as Gaetano Guadagni, Giovanni Carestini, Vittoria Tesi and many others. Much of this repertory remains unrecorded until now, as Glossa steps in to fill the gap, aided and abetted by Sonia Prina, one of the leading contraltos of her generation. She teams up with the fine Milanese laBarocca orchestra, conducted by Ruben Jais, for her first full-scale opera recital on disc. Sonia Prina sang the leading role in Handels pasticcio Catone, released on Glossa to widespread acclaim, as a prelude to her mind-blowing performance in Silla, another Handel opera, conducted by Fabio Biondi, to be presented in autumn 2017, also for Glossa.

This Gluck recording offers an exceptional combination of illumination and pleasure-giving. Eight of its 12 operatic items are firsts on record, the other four hardly better-known. ... Its a disc full of fast-flying vocal runs, jagged leaps and show-off turns of melodic phrase, also movements of reflection and starkly simple declamation prefiguring the mature Gluck. ... For 18th-century enthusiasts alike this is, I would say, a must-have CD.  Max Loppert (Opera Choice)
BBC Music Magazine July 2017