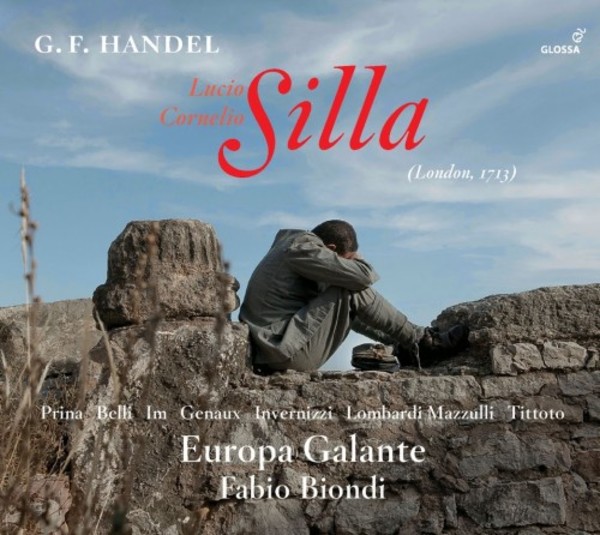 No Handel opera is as enigmatic as Silla. His fourth London opera, it was composed in 1713 to a libretto by Giacomo Rossi, also the librettist of the composers first great London triumph, Rinaldo (1711). And that is just about the extent of any certainty on the subject. It might have been premiered in 1713 in London in a private concert at the Queens Theatre, but even this remains unconfirmed.

This is one of Handels few historical operas, being concerned with Plutarchs account of the latter part of the life of Lucius Cornelius Silla, who after taking Rome became a tyrannical despot who murders his opponents, before suddenly retiring to his country estate to enjoy his leisure. The libretto may be perceived as weak, however Handel utilised a significant part of it in his next opera, Amadigi di Gaula.

Fabio Biondi and Europa Galante join an overwhelming vocal cast headed by the fantastic Sonia Prina in the title role, with Martina Belli, Sunhae Im, Vivica Genaux, Roberta Invernizzi, Francesca Lombardi Mazzulli and Luca Tittoto, who all excel in their respective parts. Biondis ensemble perform with their trademark elegance and precision in a recording made in the Konzerthaus in Vienna over three days in January 2017.