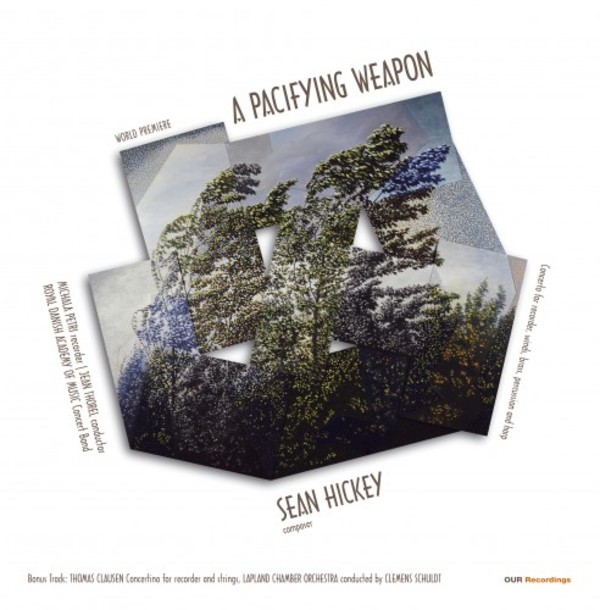 The featured work on this vinyl maiden voyage is American composer Sean Hickeys three-movement concerto for recorders, winds, brass and percussion, A Pacifying Weapon. Composed as a response to recent, turbulent events, Hickey sought to convey the idea of a tool or instrument that was capable of providing an instant and irreversible peace. In turning to the recorder, an ancient instrument passed down unchanged through the years, Hickey invoked many aspects of the ancient instruments personality, from the bucolic, the melancholic and even the militant. An extensive percussion battery enjoys second-billing in Hickeys score, adding both drama and providing an effective foil for the recorders solo displays.

Sharing honors with both the composer and the soloist are the phenomenally talented ensemble of young musicians from 11 nations, attending the Royal Danish Conservatory of Music, who appear for their very first professional recording under the direction of Jean Thorel.

Filling out the programme is Thomas Clausens charming Neo-Baroque Concertino for recorder and strings, originally released on Nordic Sound - Tribute to Axel Borup-Jørgensen (6220613).