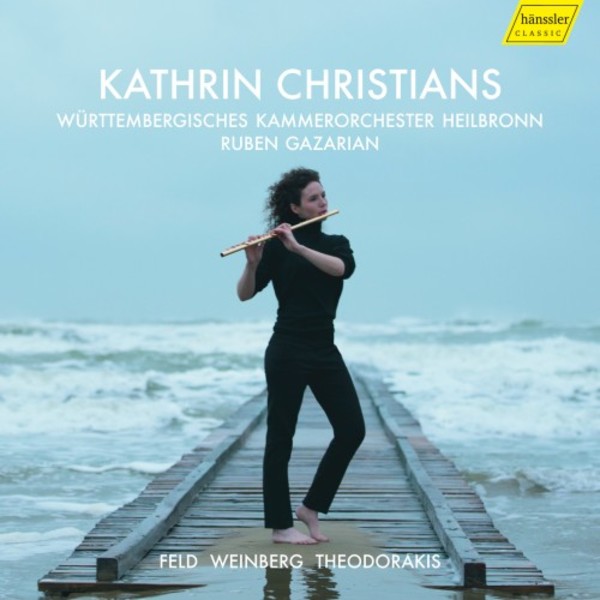 Felds Concerto for flute, string orchestra, piano, harp and percussion is the work that set the idea to record this rather unusual repertoire in motion. This piece is one of the cases in music history where a decent work is at risk of wrongly being forgotten. It is played far too rarely. The outward-thrusting eruptive energy, which might not be typically associated with the flute, is what intrigued me. Weinbergs brilliant version of Concerto no.2 op.148 for flute and string orchestra is recorded here for the first time ever and was another important item for me, even though I initially harboured some doubts when putting the programme together. I spent a long time pondering on whether or not to include the Weinberg and Mikis Theodorakiss Adagio for Solo-Flute, String Orchestra & Percussion, fearing that it would make for a very sombre release. This dilemma was an important process because it made me realise just how good the selection is. All the pieces go hand in hand with one another, feed into one another and give one another so much energy.  Kathrin Christians
Kathrin Christians is an internationally renowned flautist, having performed worldwide both as a soloist and with orchestras. On this release she performs with the Württembergisches Kammerorchester Heilbronn (WKO), under the baton of its chief conductor and artistic director Ruben Gazarian.