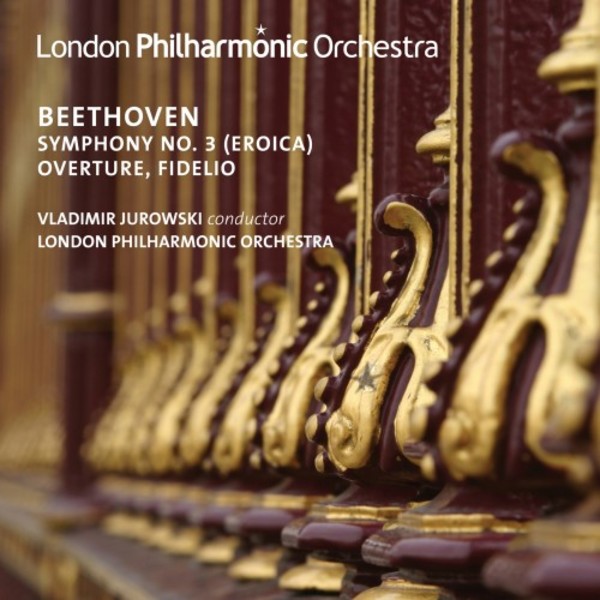 This recording features one of todays most sought-after conductors, Vladimir Jurowski, who was appointed Principal Conductor of the London Philharmonic Orchestra in 2007, with many of his recordings on the LPO Label being chosen for special mentions by BBC Music Magazine and Gramophone magazine.

Inspired by acts of heroism, Beethovens Symphony No.3 broke the mould of the classical symphony, and is considered the first symphony of the romantic era  its scale and ambition went on to be adopted by his contemporaries.

Released for the first time on the Orchestras own label, Symphony No.3 contributes to the expanding collection of Beethoven works on the label, the most recent being Symphonies Nos. 1 & 4 conducted by Kurt Masur (LPO0093).

Beethovens Symphony No.3 is coupled here with the Overture to Beethovens only opera, Fidelio, taken from the London Philharmonic Orchestras highly acclaimed performance at the BBC Proms in 2015  The Independent named it a spirited performance.

These recordings are taken from live concert performances at Southbank Centres Royal Festival Hall on 22 January 2014 (Symphony No.3) and the Royal Albert Hall on 4 September 2015 (Overture, Fidelio).

Jurowski drew on the best of old and new playing styles, pushing the music onwards and concentrating more on texture and harmony than on fleeting details  The Guardian concert review, 22 January 2014