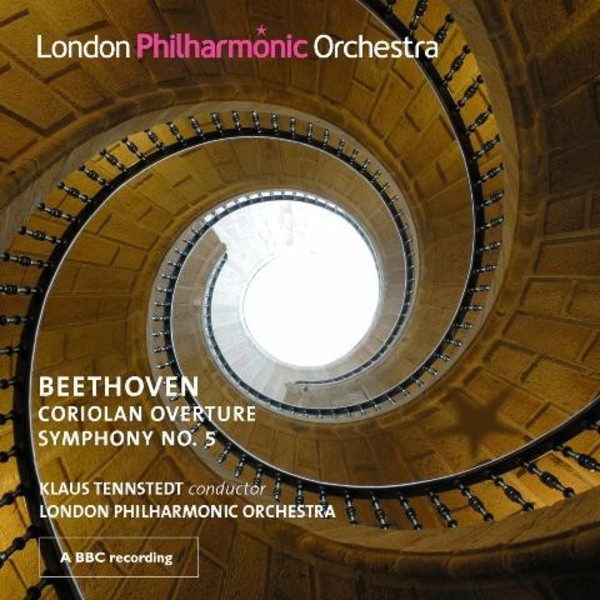 Beethovens Symphony No.5 was never recorded commercially by Klaus Tennstedt. Instead, there are two live recordings of the Symphony with the London Philharmonic Orchestra led by Tennstedt: one from 1988 (on EMI n/a), and a remastering of the 1990 BBC Prom concert performance on BBC Legends released in 2004 (n/a). It is the 1990 recording which has been remastered once again and released by the LPOs own label.

The best of Tennstedts abilities are heard in live concert recordings like this one. He was a musician of dynamism and spontaneous inspiration, and these performances are a reminder of the commitment and expressive intensity he extracts from the LPO, with which he held such a strong relationship throughout his tenure as Principal Conductor and beyond.

This is Beethoven in the interpretative tradition of mid-twentieth century conductors like Furtwängler, Klemperer and Karajan, but Tennstedts Beethoven has an added spring in its step and his tempos exploit the composers heroism. Rarely can one hear such freedom and intensity combined with such success as it is here in Tennstedts Beethoven 5th.

There are very few conductors like Tennstedt, whose style depended so remarkably on the constant tug-of-war between meter and rhythm in the score. Its a musical approach fraught with danger and only succeeds in the hands of a select few, where both conductor and musicians live every note, every bar, every instruction from the podium, as one, from start to finish. This was the genius of Tennstedt.

These recordings were taken from live concert performances at Southbank Centres Royal Festival Hall in February 1992 (Coriolan Overture, an LPO archive recording) and at the Royal Albert Hall as part of the BBC Proms in August 1990 (Symphony No.5, recorded by BBC Radio 3).