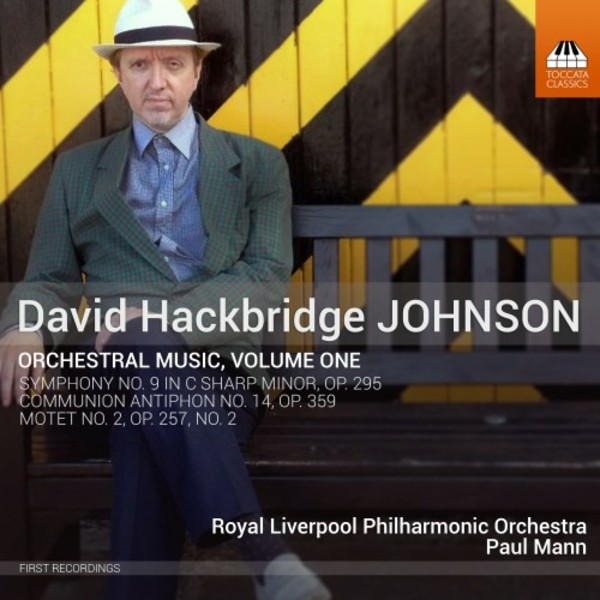 The English composer David Hackbridge Johnson (b.1963) has been, until now, one of the best-kept secrets in music. He has built up a huge catalogue of works completely unknown even within the classical world. Learning the orchestra from the inside, as a player, he has developed a confident and powerful language inherited in part from Brian, Copland, Janáček, Rubbra, Sibelius, Simpson, Tippett and other such masters. As these three pieces show, his music is capable of bold strokes of colour and gripping dramatic gestures. Amazingly, he had heard almost none of his orchestral pieces before this recording was made in December 2016.

Paul Mann is a regular guest-conductor with many orchestras throughout Europe, the USA, Australia and the Far East. He is well known for his collaboration with the legendary rock group Deep Purple; among his more recent recordings is the first-ever studio account of Jon Lords Concerto for Group and Orchestra. This is his sixth recording for Toccata Classics: the others have featured the music of Leif Solberg (TOCC0260), Charles OBrien (TOCC0262 and 0263) and the first volume in a remarkable series of new works for string orchestra, Music For My Love (TOCC0333), featuring music written in memory of Yodit Tekle, the partner of Martin Anderson of Toccata Classics. Paul Manns further recordings of the complete orchestral music of Henry Cotter Nixon (18421907), also with the Kodály Philharmonic Orchestra, are in preparation (TOCC0373 and 0374).