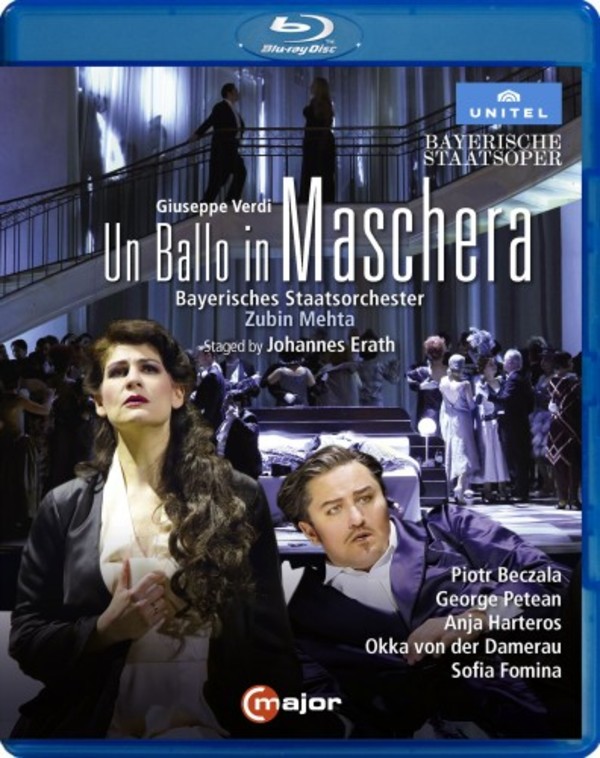 Munichs new Ballo in maschera has received much critical acclaim: This production shows what a utopia opera can be (Abendzeitung). Ten years after stepping down as music director of the Bavarian State Opera, Zubin Mehta returned to Munich in March 2016 to celebrate his 80th birthday conducting Verdis masterpiece for the first time in a staged production. His cast features some of todays finest Verdi singers: soprano Anja Harteros, singing Amelia for the first time and filling every note with Verdian intensity, tenor Piotr Beczala as a visually and vocally dashing Riccardo and George Petean as an exemplary Renato (Neue Musikzeitung). In director Johannes Eraths super-sensitive new production, this historically-based tale of illicit love, conspiracy and betrayal unfolds in a surrealistic, shadowy setting transformed by lighting and projections. Special praise was showered by the enthusiastic critics on Maestro Mehta, who creates concentrated musical connections, miraculously guiding his orchestra and unsurpassable voices the way a thermal lifts a paraglider... Musically the performance was a dream (Frankfurter Allgemeine Zeitung).