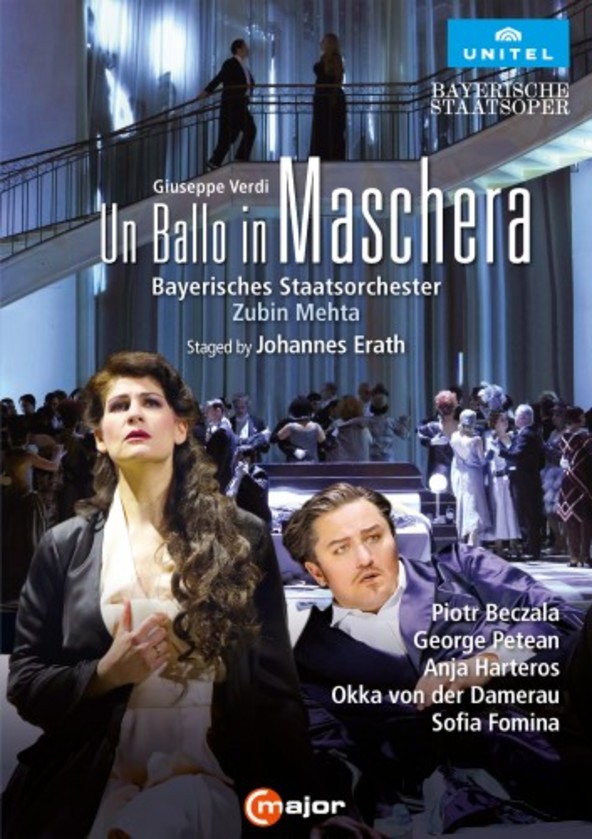 Munichs new Ballo in maschera has received much critical acclaim: This production shows what a utopia opera can be (Abendzeitung). Ten years after stepping down as music director of the Bavarian State Opera, Zubin Mehta returned to Munich in March 2016 to celebrate his 80th birthday conducting Verdis masterpiece for the first time in a staged production. His cast features some of todays finest Verdi singers: soprano Anja Harteros, singing Amelia for the first time and filling every note with Verdian intensity, tenor Piotr Beczala as a visually and vocally dashing Riccardo and George Petean as an exemplary Renato (Neue Musikzeitung). In director Johannes Eraths super-sensitive new production, this historically-based tale of illicit love, conspiracy and betrayal unfolds in a surrealistic, shadowy setting transformed by lighting and projections. Special praise was showered by the enthusiastic critics on Maestro Mehta, who creates concentrated musical connections, miraculously guiding his orchestra and unsurpassable voices the way a thermal lifts a paraglider... Musically the performance was a dream (Frankfurter Allgemeine Zeitung).

Heike Scheeles design for Munichs new 2016 Ballo takes no prisoners in terms of stage direction-obeying literalism. We get an abstract unit set in the style of 1940s Hollywood (think Hitchcocks Notorious) dominated by a large double bed, and giant staircases going nowhere to the sky and running up from understage. ... Musically things are more than fine. Beczaa pulls off this one hell of a tenor role  does Riccardo ever get a break?  with style and confidence. Harteros gives her usual tightly focused emotional performance. Petean is triumphantly consistent despite being faced with many of the productions non-realistic situations in which to act. ...  With good sound and helpful shot selection the release is strongly recommended.  Mike Ashman
Gramophone May 2017