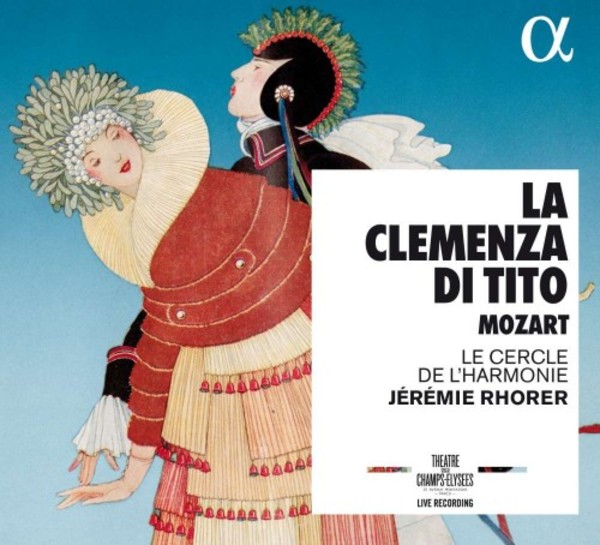 The Théâtre des Champs-Élysées and Alpha extend their series of recordings of the Mozart operas conducted by Jérémie Rhorer. After Die Entführung aus dem Serail, which received excellent international reviews (including FFFF in Télérama), here now is La clemenza di Tito. Gilles Macassar wrote in Télérama late in 2014 of divinatory conducting, a cast close to the ideal ... The last opera Mozart composed, long undervalued, closes the chapter of the Baroque and looks into the future, blazing a new trail that looks forward to the nineteenth century. That outstanding interpretation is now available in this two-CD set, featuring a high-powered cast  Kurt Streit (Tito), Karina Gauvin (Vitellia), Julie Fuchs (Servilia), Julie Boulianne (Annio), Robert Gleadow (Publio) and, in the role of Sextus, a singer who enjoyed triumphal acclaim from the audience at each performance: Kate Lindsey. The American mezzo-soprano has now joined Alpha, and her first album, devoted to Kurt Weill (Alpha272), will be released in May 2017.

Rohrers way with the music is so invigorating... His cast mostly equals or even surpasses the rival sets. - Hugh Canning, Sunday Times review for Die Entführung aus dem Serail

Rhorer is alive to the serene, classical beauty and nobility that made Tito one of Mozarts most popular works in the decades after his death. ...we sense that this will be a performance of life-and death intensity.  Richard Wigmore
Gramophone April 2017