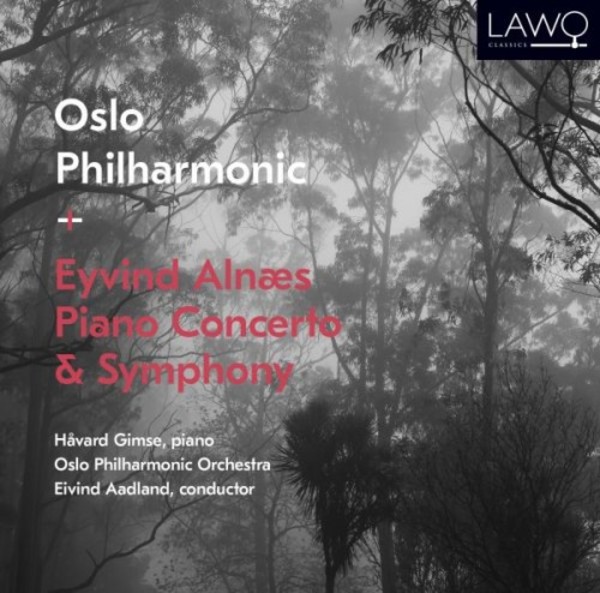 Håvard Gimse is firmly established as one of Norways leading musicians, with a bold and expansive repertoire, including an impressive list of 30 piano concertos. Here, with the Oslo Philharmonic, he performs the Piano Concerto by Eyvind Alnæs, a composer, organist, and choral conductor well-known in early 20th-century Norwegian musical life. The concerto is coupled with the first of Alnæss two symphonies.

Gimse is in frequent demand as both soloist and chamber musician, and as concert artist he has toured throughout Scandinavia and appeared abroad with the Baltimore, Tokyo and City of Birmingham Symphony Orchestras, the Royal Philharmonic Orchestra, the Frankfurt Radio Symphony Orchestra, and the Konzerthausorchester Berlin, among others. His strong affinity for Scandinavian music, and Norwegian music in particular, has made him one of the leading recording artists in this arena. Gimse has been the recipient of the Grieg Prize (1996) and the Sibelius Prize (2004), and he has been honoured with a Diapson dOr and with Gramophones Critics Choice.

Håvard Gimse has performed on many of the worlds most prestigious concert stages, including Carnegie Hall in New York City, Palais des Beaux-Arts in Brussels and the Concertgebouw in Amsterdam. As chamber musician he regularly gives guest performances at Wigmore Hall in London. In the course of Gimses longstanding collaboration with Norwegian cellist Truls Mørk, the two artists have toured together in Japan, Italy and the USA.

Scandinavian appearances in 2015-2016 have included a critically acclaimed performance of Rachmaninovs Piano Concerto no.3 with Oslo Philharmonic Orchestra, an extensive Norwegian concert tour devoted to Beethoven, and concerts at the Norwegian National Opera. He has also performed at the Bergen International Festival and appeared as soloist with the Gothenburg Symphony.