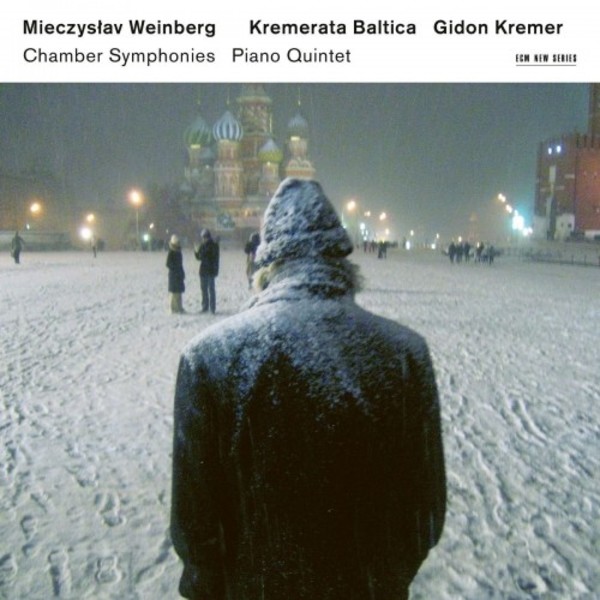 This double album includes all four of the chamber symphonies written in the last decade of Polish-born Soviet composer Mieczysław Weinbergs life, plus a beautiful new arrangement  by Gidon Kremer and Kremerata Baltica percussionist Andrey Pushkarev  of the early Piano Quintet of 1944, heard here in a premiere recording.

It is a recording which underlines the importance and originality of Weinbergs music. For Gidon Kremer, Weinberg has become a source of unlimited inspiration. No other composer has entered my own and Kremerata Balticas repertoire and programme concepts with such intensity. Weinbergs chamber symphonies are Kremer says, the most personal reflections of a great composer on his own life and his generation, like a diary of the most dramatic period of the 20th century. This new recording  the second Kremerata Baltica album dedicated to Weinberg  is, Kremer feels, the most valuable landmark in the orchestras discography since its birth.

Recorded in Vienna and in Riga in June 2015, it marks the conducting debut on ECM of the CBSOs new music director Mirga Grainytė-Tyla. The set is released in time for a major tour celebrating both Kremerata Balticas 20th anniversary and leader Gidon Kremers 70th birthday. The CD booklet includes liner notes by Weinberg biographer David Fanning, as well as a personal recollection of the composer by Alexander Raskatov.