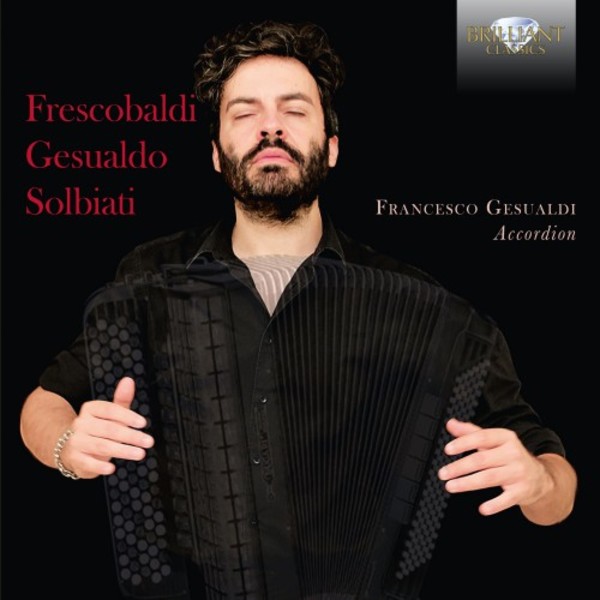 Heres a disc for which the record catalogues disclose no rival: some of the finest and most elaborate Baroque toccatas, arranged for a modern accordion virtuoso. Frescobaldi and his successors, principal among them Bach, who owned and evidently used and honoured several important collections of his work, would likely have seen no obstacle, musical or intellectual, to such arrangements. They often transcribed their own music according to the requirements or possibilities of a given situation: when, for example, a particularly gifted musician was available.

Francesco Gesualdi is one such. He is renowned for his ability to produce sounds that conjure up the action underlying the music, and indeed evoke the spaces in which the events take place. This is particularly noteworthy when performance is actually separated from the reality of visualization. The synaesthetic experience underlying vision and visionary perception is arguably one of the fundamental ingredients of the seconda pratica, which aimed at engaging the feelings of the listener. This art was essential to the evocative power of Frescobaldis music.

In the preface to his first book of toccatas, published in 1615, the composer himself summarised this art as a complete understanding of playing with songlike expression and rhythmic perfection. The toccatas are far more varied in tone and expression than the modern understanding of the term, as a repetitive form which accumulates tension over a long span, would suggest. The eighth Toccata of the Second Book creates a sense of harmonic instability through the use of the chromaticism, suspensions and unexpected resolutions that were typical of Neapolitan experimentalism.

The disc is completed with the transcription of a canzona by Carlo Gesualdo, the Canzon francese del Principe, and the second movement of a Trilogy for accordion by the contemporary Italian composer Alessandro Solbiati. Entitled Da Gesualdo per Gesualdi, this movement derives from a fragment of Gesualdo, in which the original and evermodern harmonies are further expanded in a series of loops.