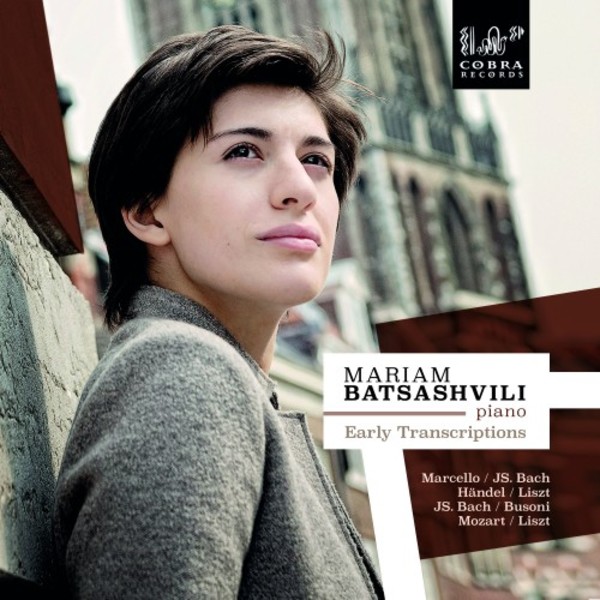 Fantasy on Themes from Mozart's Marriage of Figaro and Don Giovanni, S697
Sarabande and Chaconne from Almira (Handel), S181

Fantasy on Themes from Mozart's Marriage of Figaro and Don Giovanni, S697
Sarabande and Chaconne from Almira (Handel), S181

It is said that the young Bach regularly travelled far and wide for any opportunity to hear organist Johann Reincken, a man who could improvise at the organ better than anyone  that is, until Bach ultimately came to surpass him. He, too, could move an audience to tears. Everyone knows that Prague adores Mozart, and especially The Marriage of Figaro, which Mozart conducted himself in the city in 1787. But not everyone knows that it was at the premiere of his Prague Symphony, when he surprised the audience with an improvised piano solo that descended into a brilliant fantasy on the Figaro aria Non più andrai, that he won the heart of the city forever. And then, there is Franz Liszt. In the 1830s and 40s, he could count half of Europe among his fans  certainly the female half, at least  not because of his note-perfect interpretation of a late Beethoven sonata (which he was infamous for performing most extravagantly), but because all you had to do was hum a melody from Don Giovanni, I Puritani, Der Freischütz or Les Huguenots and he would set off on a musical odyssey on waves of notes freshly arranged in that musical brain of his...

Improvising. Fantasizing. On the spot, dressing the theme up in the latest, trendiest styles, turning it into a completely new composition  a musical feat that is the backbone of the jazz of the 20th century, all but vanished from the concert hall today. But it was once the domain of the great composers. Today we play the notes, we play them at an extremely high level, we immerse ourselves in the composer as deeply as possible, we interpret his intentions, but in the end, we restrict ourselves to the dots on paper.

This CD includes piano transcriptions of the composers Marcello, Handel, Bach and Mozart, and Mariam Batsashvili is certainly one who knows how to bring the notes to life.Through her performance you will hear something of the lost art of fantasizing, revisiting, arranging, interpreting that Bach, Liszt and Busoni understood so well. While honouring the masters they transferred their identity on these pieces, making these original masterworks accessible for new audiences, while adding extra layers of excitement. But what else would you expect when that name is Bach, Busoni or Liszt...