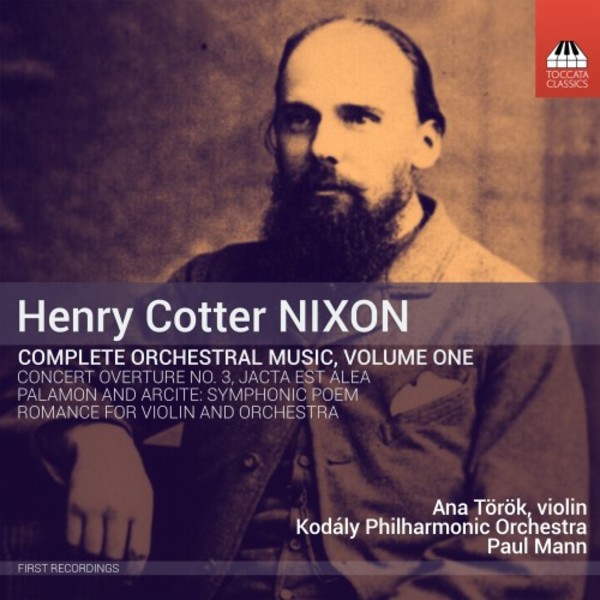 This new series from Toccata Classics presents the music of a composer-conductor from Victorian England who has entirely disappeared from music history.

Henry Cotter Nixon (18421907) turns out to have been one of the most accomplished English composers of his generation, with a style that takes in elements of Mendelssohn, Schumann, Verdi and Brahms.

This series of three albums presents all his surviving orchestral music in its first-ever recordings.

Nixon labelled his five-movement Palamon and Arcite a symphonic poem, and indeed, it is one of the first by a British composer, but in fact, it is more of a programmatic symphony, of the sort then being written by composers such as Goldmark and Raff.

Paul Mann is a regular guest-conductor with many orchestras throughout Europe, the USA, Australia and the Far East. He is well known for his collaboration with the legendary rock group Deep Purple; among his more recent recordings is the first-ever studio account of Jon Lords Concerto for Group and Orchestra. This is his fifth recording for Toccata Classics: the others have featured the music of Leif Solberg (TOCC0260), Charles OBrien (TOCC0262 and 0263) and the first volume in a remarkable series of new works for string orchestra, Music For My Love (TOCC0333), featuring music written in memory of Yodit Tekle, the partner of Martin Anderson of Toccata Classics. Paul Manns further recordings of the complete orchestral music of Henry Cotter Nixon, also with the Kodály Philharmonic Orchestra, are in preparation (TOCC0373 and 0374).