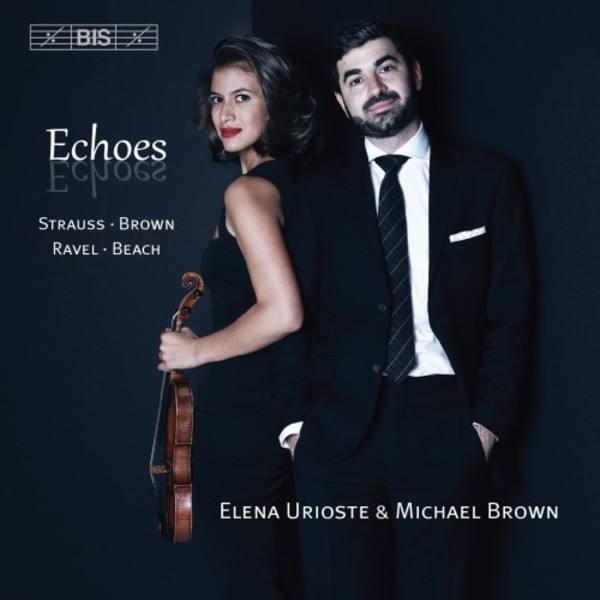 Echoes: Works for violin and piano

Elena Urioste and Michael Brown formed a recital duo in 2009 and have performed together extensively ever since. For their first recording together they have selected four works which have formed part of their repertoire from the very beginning, resonating throughout their entire musical partnership. All four are early works, written by composers in their twenties or younger  Michael Brown was only eighteen when he composed his own contribution. As the performers put it in their own liner notes, they are pieces 'imbued with an ardour that is unapologetically, deliciously youthful'.

The disc opens with the only multi-movement work of the programme  Richard Strauss's expansively melodic Sonata in E flat major, written around the time when the composer met and fell in love with Pauline de Ahna, his future wife. A few years later, in Paris, Ravel made a first attempt at composing a violin sonata while still a student at the Conservatoire. The resulting piece, in one movement, had a single performance during Ravel's lifetime and was only published in 1975, as Sonate posthume. Between these two works we hear Michael Brown's Echoes of Byzantium, inspired by William Butler Yeatss Sailing to Byzantium, and an attempt to portray the meaning of the poem through music alone. The disc closes with a piece by another American composer and pianist, Amy Beach (1867-1944). The first American woman to compose and publish a symphony (first performed in 1896), she was best-known for her songs, and her gift for melody is evident also in the 1893 Romance for violin and piano.