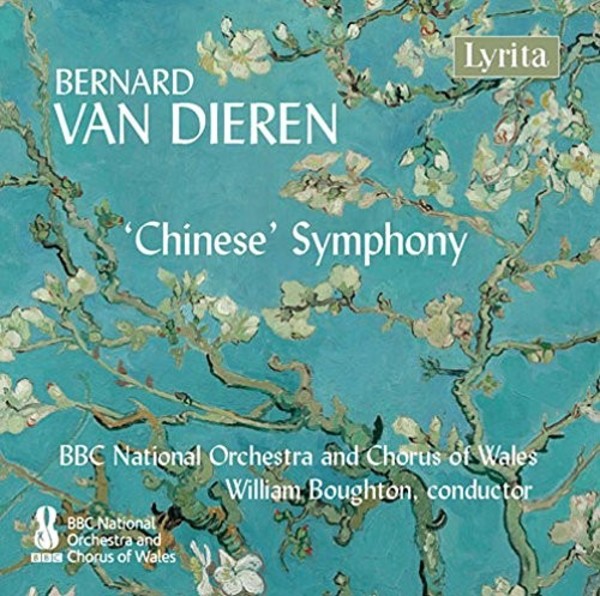 Bernard van Dieren was an Anglo-Dutch composer whose name was well-known in London musical circles in the 1920s and 1930s. Though born and raised in the Netherlands his music was little known there and he spent most of his adult life in London where his music was more discussed than played. He was praised extravagantly by some, and condemned equally fiercely by others. For various practical reasons, his music was more elusive than his personality, and the great achievement of these recordings is that for the first time we will be able to become familiar with a representative selection of his orchestral music in fine modern performances.

The so-called Chinese Symphony is one of van Dierens most impressive early works. Entitled just Symphony Op.6 by the composer, it was written between 1912 and 1914, and is scored for five soloists, chorus and orchestra. It was based on German translations of ancient Chinese poetry. These were taken from Die Chinesische Flöte, a popular volume of translations by Hans Bethge (1876-1946) published in 1907. Poems from this book were also set by Schönberg, Webern, Wellesz, Strauss and most famously by Mahler (Das Lied von der Erde). Though van Dieren was familiar with the work of some of these composers, we do not know if he had encountered Mahlers masterpiece before writing his symphony. Only one poem appeared in both works  Der Trinker im Frühling.
 Alastair Chisholm