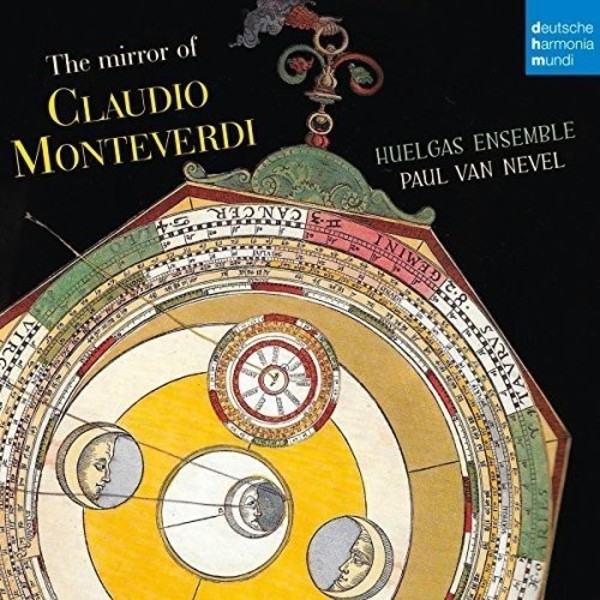 The Mirror of Claudio Monteverdi

Monteverdi was a pioneer of the musical style we now call Baroque, but the Mass on this record is in classic Renaissance style and the music might have been written in the 1500s rather than the 1600s.
In between the five parts of Monteverdi's Mass, four madrigals have been placed by composers of an earlier generation, who shifted borders at their time and sound chromatic, sometimes enharmonic, or are dramatically charged. They were written before Monteverdi's Mass, but in a more progressive style.
Thus, the album gives a surprising insight into the styles of this period and provides an impressive new view onto Monteverdi's monumental Messa in illo tempore.