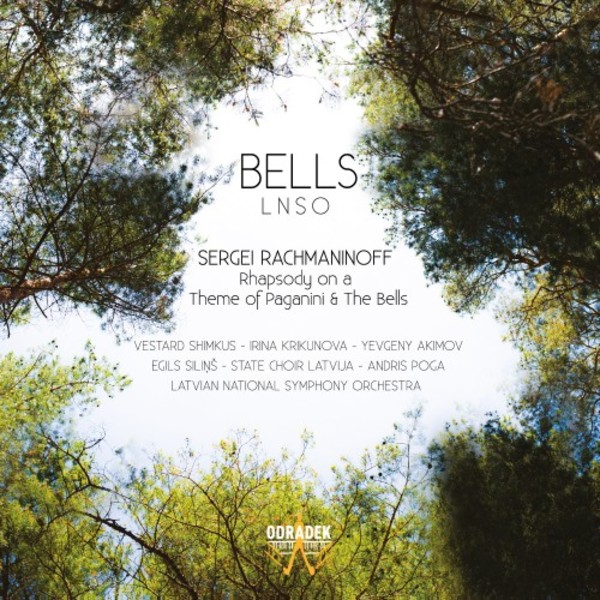 When Rachmaninov was sent an anonymous letter suggesting he set Edgar Allan Poes The Bells to music, the idea resonated with his own love of Russias rich heritage of church bells. As he worked on the piece in Rome, Rachmaninov was further inspired to be staying in an apartment once inhabited by Tchaikovsky, emphasising the added stimulus of working in the room where Tchaikovsky had worked, of writing on the table on which he had written.

Poes work, interpreted by Russian Symbolist poet Konstantin Balmont, covers key aspects of life: birth, marriage, fear, death. In The Bells, Rachmaninov takes us on a journey through these milestones. Music brimming with joie de vivre, punctuated by tinkling celesta, reflects the early stages of life. Campana (bells) are used to conjure up wedding chimes in the sumptuous second movement, followed by the iron bells of doom in the third movement and haunting funeral bells in the last, in which the sombre atmosphere ultimately gives way to peace.

Rachmaninovs Rhapsody on a Theme of Paganini is amongst his most celebrated works, not least for the intoxicating new melody at the heart of the work, created from an inversion of the theme. The soloist is Latvian pianist Vestard Shimkus, who has been described as a phenomenon (Paavo Järvi), superb (American Record Guide), inspired (BBC), and one of the most remarkable pianists of the young generation (Piano News).

The Latvian National Symphony Orchestra is a team of outstanding musicians fast cementing its reputation as a leading orchestra on the world stage. This CD is released to mark the orchestras 90th anniversary in 2016. The LNSO is joined by soloists Irina Krikunova (soprano), Yevgeny Akimov (tenor) and Egils Sili (bass-baritone), and directed by acclaimed conductor Andris Poga, who is increasingly in demand worldwide.

The Bells also features the exceptional State Choir Latvija, whose versatility, ranging from choral classics to the soundtrack for the BBC's recent production of War and Peace, has garnered widespread praise. The choir celebrates its 75th anniversary in 2017.