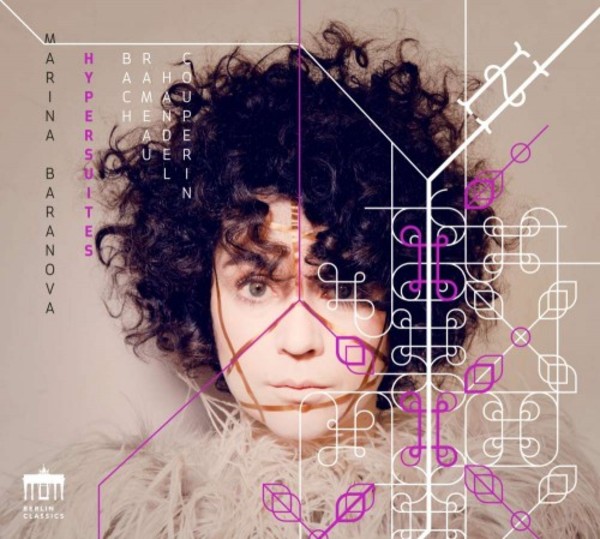 The original idea of combining different pieces into suites came from my close friendship with some great DJs. I like the way the pieces flow into one another, as they do on a mix tape, and a new context emerges. My Hypersuites are acoustic remixes of Baroque masterworks.

François Couperin (16681733) / Hypersuite on Couperin: At the beginning of the Hypersuite on Couperin I play Le Tic‐Toc‐Choc. Couperin wrote this piece for a two‐manual harpsichord. The search for a piano with an action that would let me play the piece on a single keyboard led me to the Teldex Studio in Berlin. That is where all the Hypersuites were eventually recorded. When I play Couperins Carillon de Cithére, I imagine a snow globe with a model of the Greek island of Kythira. First comes the tune of a windup toy and then, bit by bit, the globe comes to life, the bells ring, the wind blows, jazzy mechanisms start revolving, the imaginary world becomes real. In "La Muse", I take my inspiration from jazz and develop a fairly free  as the Muse takes me  improvisation. At the end of the suite I invite Liszt, Chopin, Bernstein, Tchaikovsky and others into the Muséte de Taverni. I quote Bernstein's West Side Story and I add a dedication to Franz Liszt by composing a cadenza using his compositional techniques. I see Muséte de Taverni as an act of homage to the art of pianoplaying in the widest sense of the word.

Johann Sebastian Bach (16851750) / Hypersuite on Bach: The Hypersuite on Bach begins with the Prelude BWV 855a. At the start of the 20th century it was recomposed by Alexander Siloti (18631945), a cousin of Rachmaninoff. Siloti changed the key from E minor to B minor (Bach himself regards B minor as a key of holiness), removed the melody line and transferred the accompaniment to the right hand. The piece takes on a wonderful "filmic" character. I bring back the lost melody of Bach's Prelude in the second part, played in the left hand. The wheel turns full circle: Bach  Siloti  Bach. The third part gains in intensity: I take inspiration from the visionary ideas of Ferruccio Busoni (18661924) and give the grand piano an organrelated sound. The chorale Sheep may safely graze was written by Bach for a female voice accompanied by flutes and basso continuo. The piano transcription is by Egon Petri (18811962), a pupil of Busoni's. It is always a challenge to reproduce a human voice on the piano or to emulate a living and breathing flute  as in the Siciliano BWV 1031. At the end of the Hypersuite I play the chorale Nun freut euch, lieben Christen gmein. I have composed an introduction suggesting gospel song. And suddenly the 300‐year‐old chorale takes its place in the modern church.

Jean‐Philippe Rameau (16831764) / Hypersuite on Rameau: I love Rameau! How often have I placed his Pièces de clavecin on the music stand and improvised on them. That was a common practice in the Baroque era, by the way. Playing from the score, just as written, was considered bad taste, indicating a lack of imagination. I often had the feeling of engaging in a lively dialogue with an inquisitive Rameau. The Hypersuite on Rameau is the result of this dialogue. His Courante prompts one to give his beautiful harmonies a jazzy rendition. La Poule (the hen) anticipates the idea of Minimal Music. I enter into such associations, composing pieces with repetitive notes or working with various speeds as in Rappel des Oiseaux (bird calls). At the end of the suite, I play his piece Tambourin, which is bound up with my personal history. I often played the piece as a child and each time I hear the tune, I remember my home where there was a piano in every room: my mother teaching classical music in one room, my father jazz in another. Tambourin reflects these childhood memories with "the music from a farther room" and a close affinity between classics and jazz.

George Frideric Handel (16851759) / Hypersuite on Handel: After a long day of practice, including Handel's D minor Suite HWV 437, I met friends in a club where a DJ was playing a live mix. Maybe the DJ was giving his scratches a very sensitive interpretation, anyway I suddenly realized: The ornaments, suspensions, mordents, are nothing but little scratches of Baroque music! The very next day, my Handel got its own little scratch ornaments in Baroque fashion  I always keep them delicate, as if they were being sung. The third movement of the suite  the Sarabande  has an interesting background. It is one of the oldest melodies there is. It has been around since the Middle Ages, if not longer, and few composers could resist writing variations on the theme. La folía was originally and literally a madman's dance. It was danced by men in womens clothing  fast and furious. Amazing that in only a few centuries, the tune turned into funeral music. In a search for "hyperlinks" in this piece, I set out to expand this theme and show how various composers down the ages approached this tune differently. I play Rachmaninoffs Corelli Variations, then segue into the set by Bachs son Carl Philipp Emanuel (17141788). And the journey through time goes on, leading to the Romantic composer Charles‐Valentin Alkan (18131888) and closing with a variation of Edvard Griegs (18431907) In Rosenlund During Saga Times.