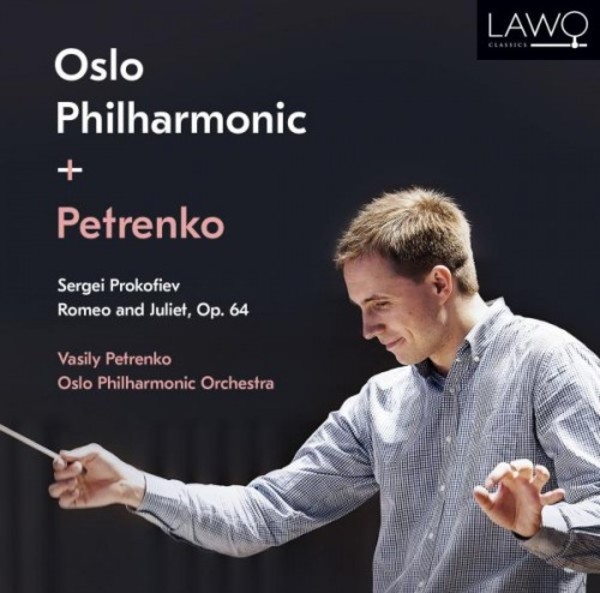 Following their successful first release of Scriabins Symphonies Nos. 3 and 4, praised by The Sunday Times as brilliantly played, the Oslo Philharmonic under Chief Conductor Vasily Petrenko releases its anticipated second recording on Lawo Classics.
This stunning recording presents Prokofievs scintillating score for his ballet Romeo and Juliet, recorded here in its entirety - which is a first for the orchestra as well as its conductor. The Oslo Philharmonic recorded Suites Nos. 1 and 2 under Mariss Jansons in 1989, but never the complete ballet up until this point.
Prokofievs imaginative orchestration has made the ballet Romeo and Juliet world-famous, primarily through the orchestral suites as opposed to the ballet as a whole. Unmistakably a child of the Rimsky-Korsakov school of orchestration, Prokofievs orchestra arsenal for the ballet includes tenor saxophone, four mandolins, cornet, celesta, organ, piano and a number of percussion instruments.
The Bolshoi premiere of Romeo and Juliet was postponed, with the official reasons given that the ballet was too difficult and its music impossible to dance to, however it is believed that there were other underlying reasons of a more politically complicated nature. The ballet finally saw its premiere in Brno, Czechoslovakia, in 1938, with a revised version being performed at the Mariinsky Theatre  renamed Kirov Theatre  in 1940. It is this version of Romeo and Juliet that has become one of the twentieth centurys most performed and recorded ballets.

Listen out for the additional colour provided by tenor sax, mandolins, celesta and piano, as well as a large percussion section. The playing is precise and sharp-edged, exactly right for this vivid, exuberant score. When tenderness is required, as in Act 3 Scene 10 (Romeo Bids Juliet Farewell), the Oslo players are full of heart and warmth. Lovely playing all round, with beautiful solos (woodwind particularly) and clean ensemble.  Fiona Maddocks
The Observer 13 November 2016