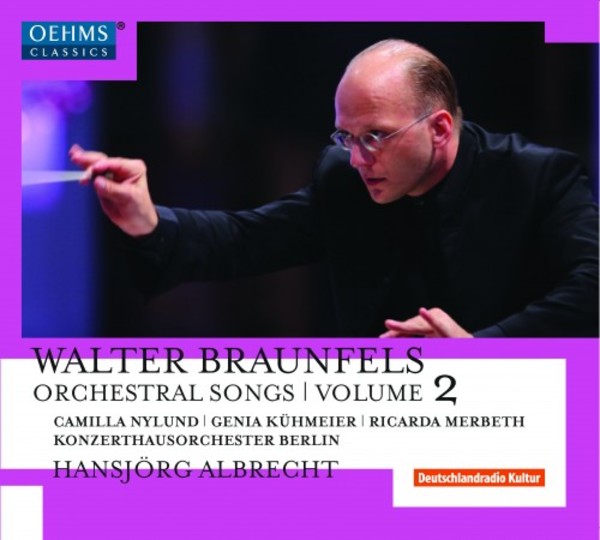 Braunfels regarded himself as a late-romantic, traditional composer in succession to Berlioz, Wagner and Bruckner. During the period of the Third Reich, he was dismissed from his positions as a "half Jew" and his works were banned from performance. After the Second World War, representatives of the musical avant-garde found Braunfels's style no longer contemporary, which is why he gradually became forgotten. His entire oeuvre has been enjoying a wonderful Renaissance since the 1990s, however, and is now being enthusiastically rediscovered by the international musical world.

Theres very little stylistic distance between the earliest of the five song-cycles for soprano and orchestra here  the Three Chinese Songs of 1914, settings of translations by Hans Bethge from the same collection that Mahler had quarried a few years earlier for Das Lied von der Erde  and the last  the Four Japanese Songs from 1945, again to Bethge texts. The later works dont have the lyrical freshness of the Chinese Songs, which Camilla Nylunds wonderfully refined performance reveals as a neglected treasure. Nylund also sings the five Romantic Songs  settings of Brentano and Eichendorff which Braunfels began during the first world war and completed during the second.  Andrew Clements
The Guardian 10 November 2016