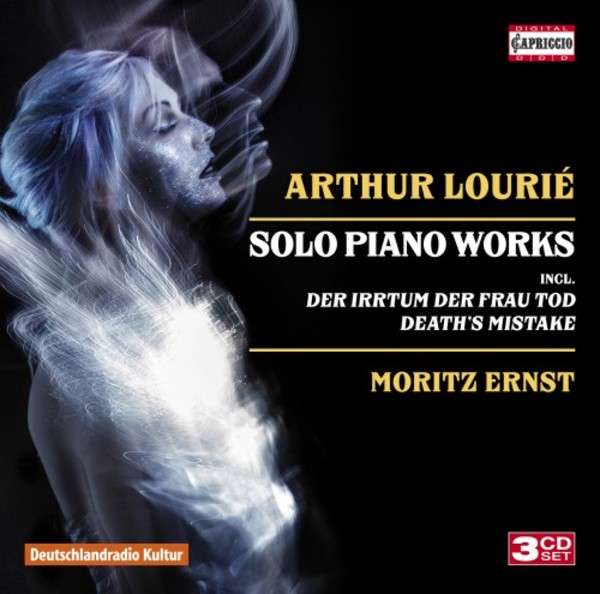 The composer Arthur Lourié is a difficult individual to fathom. His personal documentation states that he was born
in Russia in 1892 as Naum Izrailevich Lur'ya, but there is also evidence to suggest he was born a year earlier in 1891. A Jew by birth, he converted to Christianity at the age of 21, distinguishing himself as a charismatic bohemian and Soviet cultural politician. He left Russia on a supposed official journey to Berlin in 1922, from which he never returned. A pioneer of Modernism in music, he received his inspiration from the company of poets and painters of the Silver Age, his musical output a reflection of that communitys considerable diversity. During his years in Russia, his compositions defied a single categorisation; he admired Ferrucio Busonis maxim that a composer should never repeat himself, but find a new artistic solution for each work. Paradoxically, many of the works he wrote during his exile in France (1924-1941) sound more Russian than those he produced in his place of birth. But its interesting to note that Stravinskys percussive piano style remained completely alien to him, despite his decade-long collaboration and friendship with the composer.