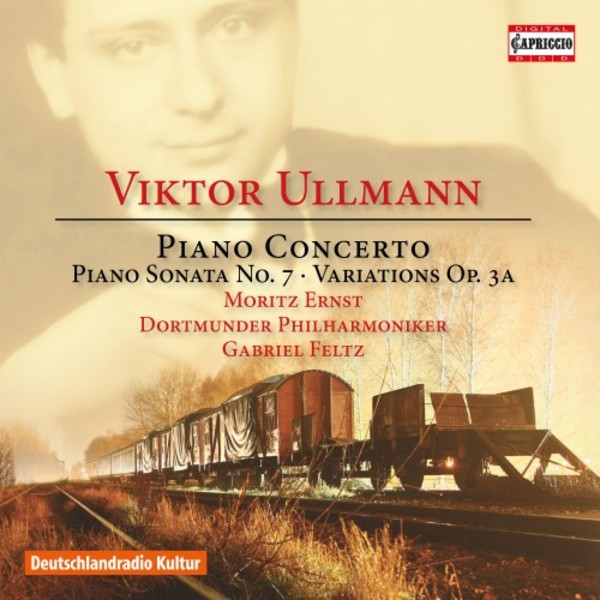 Piano Concerto, op.25
Piano Sonata no.7
Variations and Double Fugue on a theme by Arnold Schoenberg

Piano Concerto, op.25
Piano Sonata no.7
Variations and Double Fugue on a theme by Arnold Schoenberg

Viktor Ullmann was a pupil of Schoenberg and a victim of the Nazi Holocaust. He was murdered in 1944 in the Auschwitz concentration camp. It's remarkable that he was able to rise above the trying circumstances under which he lived and worked, both before and after his deportation, to produce such a compelling catalogue of works. The Piano Concerto was composed in 1939. It displays Ullmann's distinctive voice, while giving occasional hints of Prokofiev and Ravel. The Piano Sonata No.7 was composed during his internment at Auschwitz; the Variations & Double Fugue op.3a, the earliest work on the programme, is based on a theme by his mentor Schoenberg. Soloist Moritz Ernst is noted for his performances of 20th- and 21st-century music and has previously recorded all of Ullmann's piano works.