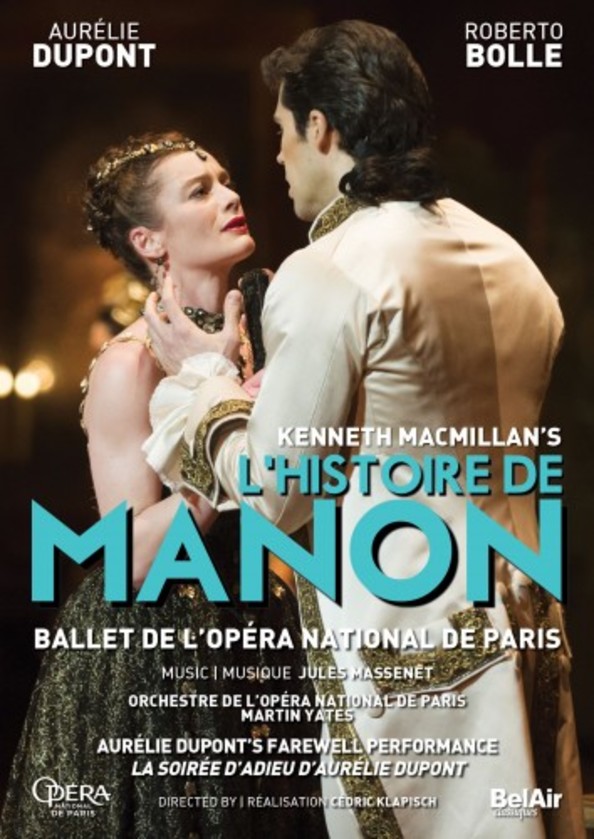 The film of LHistoire de Manon, reproduced on this DVD, was directed by Cédric Klapisch and co-directed by Miguel Octave on 18 May 2015. This exceptional evening marked the farewell of Aurélie Dupont as prima ballerina of the Paris Opéra Ballet.