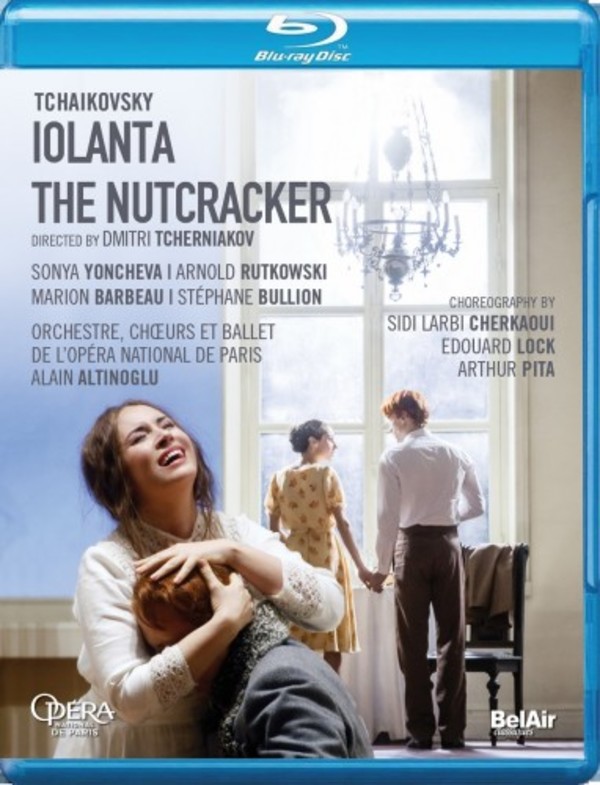 In March 2016 Russian stage director Dmitri Tcherniakov created a revolutionary production for the Palais Garnier in Paris - the bringing together of Tchaikovskys opera Iolanta and ballet The Nutcracker, which was to become one of the key events of the Paris Opéra season.

Tcherniakov renews the dialogue between the two masterpieces, and reveals their common origins. He reminds us that both Iolanta and The Nutcracker are first and foremost initiatory journeys, in which the heroes experience love and loss, fortune and misfortune. In doing so, Dmitri Tcherniakov, with the collaboration of contemporary choreographers Sidi Larbi Cherkaoui, Edouard Lock and Arthur Pita, goes as far as to completely disregard the magical extravaganzas that Marius Petipa associated to The Nutcracker, and radically turns the dream into a nightmare dominated by despair and loneliness. Tchaikovsky indeed scattered his music with a profound melancholy all too often overlooked, he who grew weary of the ballets candor when writing the score, and he who was bringing back, with the Sugar Plum Fairy, the memory of a recently lost sister...

To insure the continuity and a sense of dramatic consistency between the opera and the ballet, Tcherniakov skillfully manipulates the space provided by the Palais Garnier, enabling him to question the very nature of both theatre and illusion, as well as their specular relationship with the reality they try to make us forget.

Bulgarian soprano Sonya Yoncheva delivers an flamboyant interpretation of the blind princess Iolanta, and shares the stage with Polish tenor Arnold Rutkowski and Ukrainian bass Alexander Tsymbalyuk. The internationally renowned French conductor Alain Altinoglu joins forces with the Paris Opéra Orchestra and Chorus, while the Paris Opéra Ballet, among which Marion Barbeau  a radiant Marie  and the Étoiles Stéphane Bullion and Alice Renavand, revives the most popular ballet of all times.

Tchaikovsky - Works for Violin and Orchestra