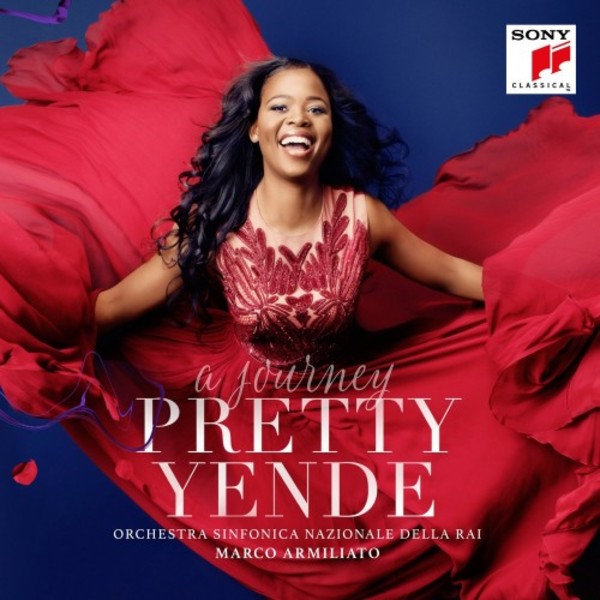 A Journey is Pretty Yendes debut recording, and each track celebrates a milestone of this extraordinary musical journey.

Born 1985 in a remote town in South Africa, Pretty Yende first got into touch with operatic music aged 16 when she heard the Flower Duet from Delibess opera Lakmé on a British Airways commercial. Yende decided at that moment to become an opera singer and has risen to the top of the opera world with unparalleled speed, with competition successes and engagements at the worlds foremost opera houses.

In 2013 Yende made her Metropolitan Opera New York debut, stepping in at a months notice to replace Nino Machaidze opposite star tenor Juan Diego Flórez, and gaining rapturous international acclaim.

Yende has already appeared at opera houses in Berlin, New York, Los Angeles, Barcelona and Hamburg, and has frequently sung at La Scala. Forthcoming seasons will also see her appear at the Bayerische Staatsoper Munich, the Royal Opera House in London, the Opéra National de Paris.

This is the most exciting debut album to come my way for a long time. Pretty Yende, a South African who has already made a big impression in Europe and at the New York Met, sings a selection of mainly bel canto scenes. ... Her voice is full, already has many colours and her coloratura is effortless but also expressive  nothing she does is merely for show. ... On the basis of this disc, I can imagine she will soon be in demand all over the world.  Michael Tanner (Opera Choice)
BBC Music Magazine December 2016

That ubiquitous Flower Duet from Lakmé is on this portrait disc, but Yendes lustrous, appealingly forward soprano tone and somersaulting vocal agility are showcased far more effectively by the other six numbers, which include scenes from Bellinis Beatrice di Tenda and I Puritani, alongside Donizetti and Rossini: Una Voce Poco Fa has mischievous embellishments galore.  Erica Jeal
The Guardian 30 September 2016