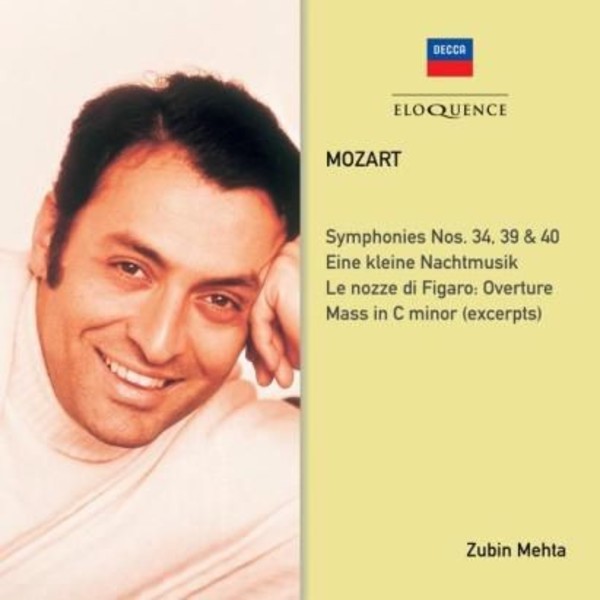 Zubin Mehta was one of Deccas stars in the 1960s and 1970s, known more for his recordings of 19th and 20th-century repertoire than of the 18th. Yet, he has long had an abiding love for Mozart and conducts his symphonic and operatic music on a regular basis.

Issued to coincide with his 80th birthday year, this 2CD set includes all the Decca recordings of Mozarts music made by Mehta, of which the three symphonies receive their first release on CD.

The finale [of Symphony No. 34] is impressive in its crispness of articulation with the tarantella triplets sharply enunciated - Gramophone, March 1977

Zubin Mehtas balanced and musicianly performance of Mozarts great G minor Symphony has many good points [] The Israel Philharmonic Orchestra plays splendidly for him and is given a mellow but well detailed recording - Gramophone, May 1978