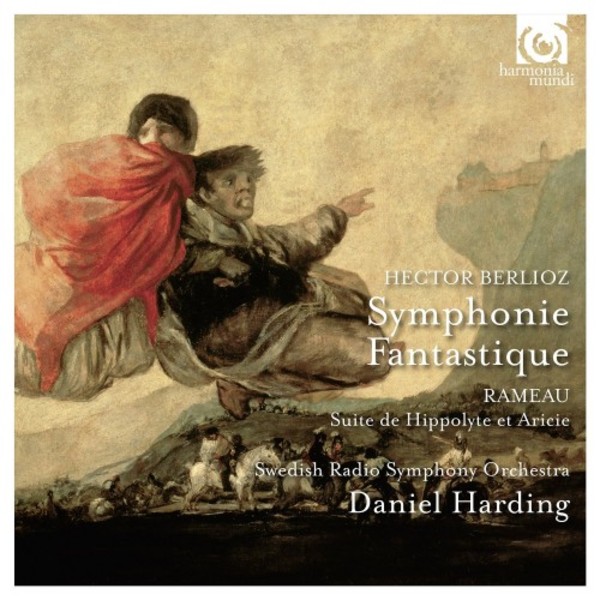 A world might seem to divide the unbridled Romanticism of Berlioz from the highly controlled art of Rameau, standard-bearer of the French late Baroque. And yet, at a distance of less than a century ('Hippolyte' was premiered in 1733, the 'Fantastique' in 1830), the same passion links two works more similar than their stylistic divergence might suggest. There is the same audacity in the orchestration, combined with an innate sense of drama that springs repeated rhythmic and harmonic surprises. The Swedish Radio Symphony Orchestra here performs a task requiring unusual versatility under their Music Director, Daniel Harding, establishing a dialogue between two very different pioneers.

Daniel Harding is also Principal Guest Conductor of the London Symphony Orchestra and Music Partner of the New Japan Philharmonic. He takes up the baton at the Orchestre de Paris - the first British maestro in the orchestras history - in September 2016. He is Conductor Laureate of the Mahler Chamber Orchestra for life.

Harding's Berlioz is resilient, pliant, conducted with a temporal freedom that always seems ambitious but ends up feeling electrifyingly right. With vibrato sparing and telling, it never cossets, as can be the temptation... David Allen
Gramophone October 2016

We usually think of Berliozs Symphonie Fantastique in the context of the Romanticism burgeoning all around it at its 1830 premiere. Conductor Daniel Harding instead suggests, brilliantly, that we hear it as part of an ongoing French tradition exemplified only a century earlier by the swagger of the high baroque. Rameaus suite of dances from Hippolyte et Aricie is an exuberant upbeat to a performance of the Symphonie that delights in the raw sonic capabilities of the orchestra. Hardings own Swedish Radio Symphony Orchestra are stylish in both.  Erica Jeal
The Guardian 2 September 2016