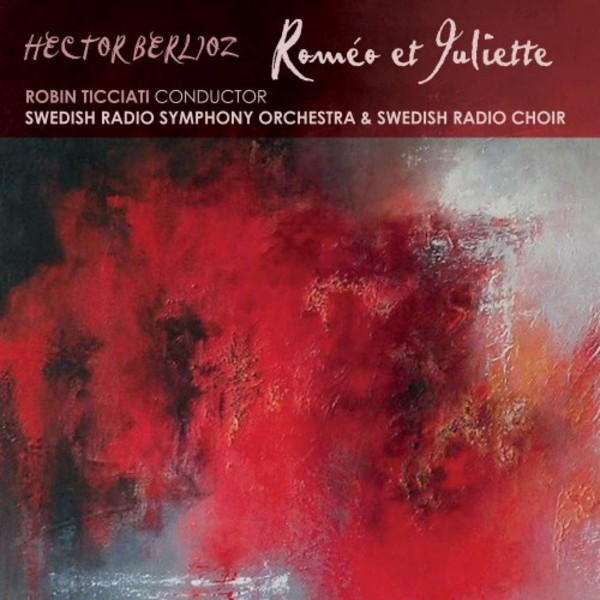 Robin Ticciatis deserved reputation as one of the great Berliozians of our age is evident on this, his second recording with the award-winning Swedish Radio Symphony Orchestra. Ticciati has previously recorded the Symphonie fantastique, Les Nuits dété, La Mort de Cléopâtre and LEnfance du Christ; the latter was named Gramophones Top Choice recording of this repertoire.

Ticciati and the SRSO are joined by the Swedish Radio Choir, a phenomenal ensemble and one of the best large-scale choruses in Europe, alongside featured soloists Katija Dragojevic mezzo-soprano, Andrew Staples tenor and Alastair Miles bass.

Roméo et Juliette was considered a pinnacle of French Romanticism and a brilliant example of Berliozs orchestral mastery. The work is one of the most original conceptions of the nineteenth century: deftly poised between symphony and stage drama. Robin Ticciati fully communicates the range of Berliozs imagination; he brings an innate understanding of the romanticism of the music and succeeds in delivering a performance that is brimming with colour.

Robin Ticciatis recordings have received many accolades: Best Classical Album listings in The Sunday Times (2012 & 2014) and The Telegraph (2015), Critics Choice Sound of 2012 in The Independent, CD of the Week in the Sunday Times and on BBC Radio 3 CD Review and Recording of the Month in Gramophone.

Ticciati is Music Director of Glyndebourne Festival Opera and was named by Gramophone as one of the top ten young conductors on the verge of greatness and one of Tomorrow's Icons. Ticciati is also a regular guest conductor of the Swedish Radio Symphony Orchestra, widely considered to be one of Europes leading orchestras.

The SRSO has won many Swedish and international awards including a Grammy and has made several Grammy-nominated recordings.

Artistic discretion and emotional truth go hand in hand in this beautifully observed performance, with Berlioz's luminous orchestration and dramatic scheme perceptively articulated by Robin Ticciati and with a chorus and soloists who unerringly get to the music's heart. - Gramophone on LEnfance du Christ

Here ... is an orchestrally superb new version of Berliozs dramatic symphony loosely based on Shakespeares Romeo and Juliet. The sound pictures are precise and subtle in the serene night, Juliets funeral cortege, and the fizzing fireworks of the Queen Mab scherzo. The composer was very precise about the layout of his voices: here, Katija Dragojevic is a gorgeously warm mezzo, and Alastair Miles a stentorian bass in the final Serment de réconciliation...  Nicholas Kenyon
The Observer 11 September 2016