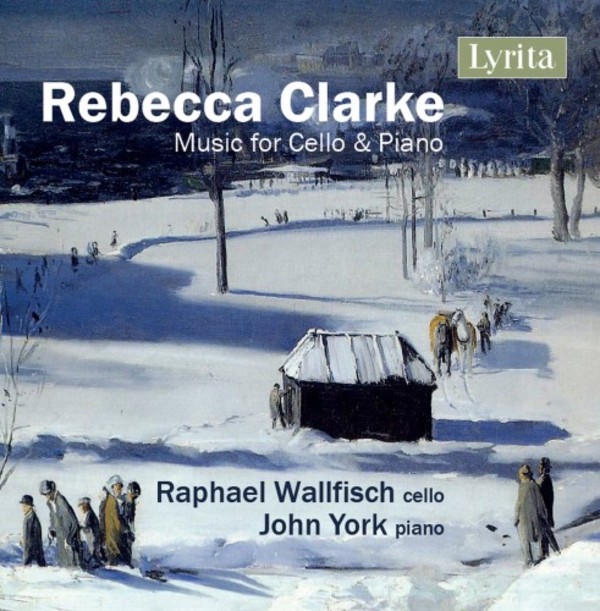 Rebecca Clarke (born Harrow, London, 27 August 1886 to US-German parents  died New York City, 13 October 1979) was an extraordinary woman with a tough, unconventional and long life story. Initially studying violin at the Royal Academy of Music in London but withdrawn by her father when her harmony professor there proposed to her, she was thrown out of the family home in 1905 by her father when she criticised him for his philandering. She had to fend for herself, turning to composition (she was Stanfords first female student) and the viola which she studied with the great Lionel Tertis. She excelled in both fields and was soon able to support herself. She quickly became a leading chamber music and orchestral violist, working with all the major figures in London, including Frank Bridge and Ralph Vaughan Williams, Alfred Cortot and Jacques Thibaud. Her concert work took her around the world, especially with the cellist May Mukle and the pianist Myra Hess, the brilliant duo for whom the 1923 Rhapsody was certainly conceived.

The Sonata, as a work for viola, has become familiar and much recorded in recent years. But the Rhapsody, which is an even larger work, has remained in the shadows. It is still circulating only in the composers rough manuscript which is both hard to read and full of alterations. As a part of this recording project John York has prepared a performing version which Lyrita hopes to publish in 2017.