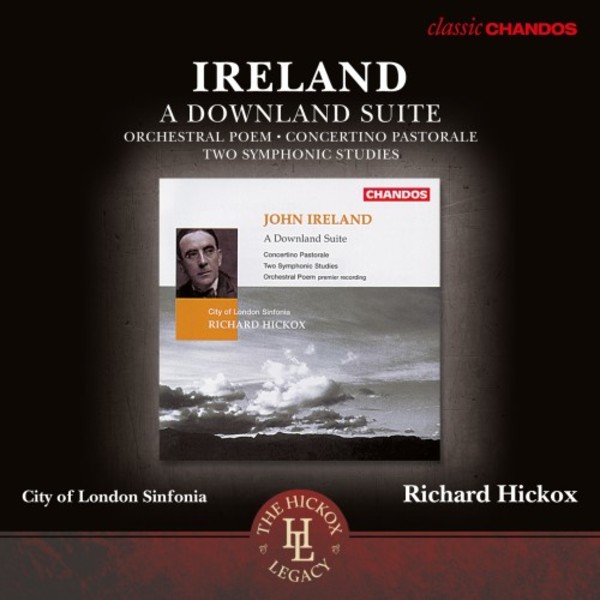 In 1971, Richard Hickox founded the Richard Hickox Orchestra, which in 1979 became the City of London Sinfonia. Fifteen years later he made this highly praised recording of orchestral works by John Ireland, now made available at classic Chandos price.

Gramophone featured this recording in its 2010 Classical Music Guide, stating in its original review that Chandos have been doing John Ireland proud over the last few years, and Richard Hickoxs new anthology is well up to the high standards of previous instalments in this valuable series. With rich, refined Chandos sound, this remains a most enjoyable collection... Hickox gives a sensitive account of the Downland Suite and extracts great expressive intensity from the glorious second movement Elegy. The Concertino Pastorale is another fine work, boasting a most eloquent opening Eclogue and tenderly poignant Threnody, towards the end of which Ireland seems to allow himself a momentary recollection of the haunting opening phrase of his earlier orchestral prelude, The Forgotten Rite.