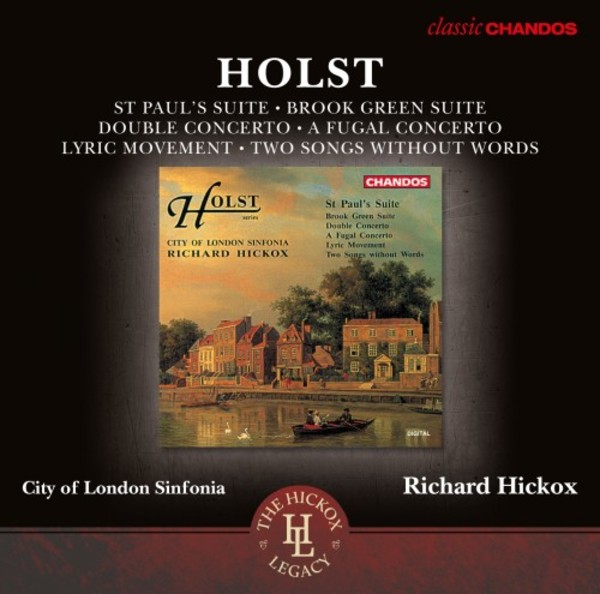 This 1994 recording is one of the first Holst collections made by Hickox and the City of London Sinfonia, an orchestra he conducted for thirtyseven years, until his death.

Having brought neglected works by Holst to a more deserved fame in the early 1990s, Hickox returned to Holst in 2007, embarking on a new series with the BBC National Orchestra of Wales. He was recording what would have been the second volume of this new survey when he was suddenly taken ill. While he was never able to finish that second volume himself, the first instalment was released in January 2009 on SACD (CHSA5069) and seen as a recording triumph.