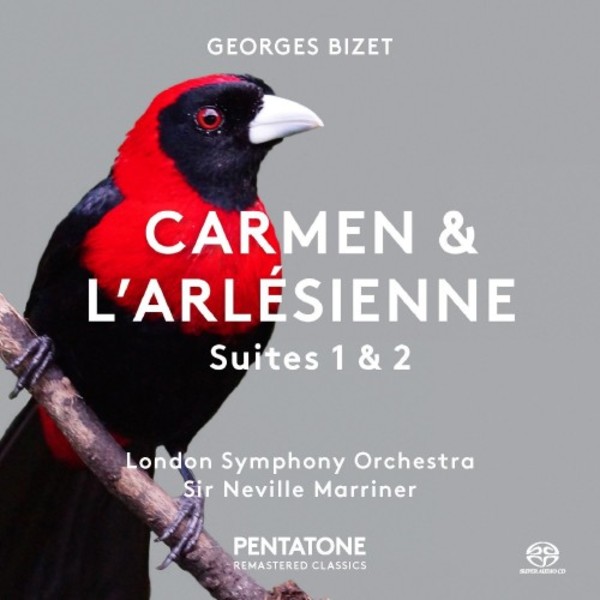 Georges Bizet, unfortunately for himself, belongs to a group of illustrious composers such as Mozart, Schubert and to a certain degree J.S. Bach who didnt get to experience the enormous and enduring success of their music during their own lifetimes. Bizet died a sudden and untimely death in June 1875, only three months after the unsuccessful première of his opera Carmen at the Opéra-Comique in Paris. The operas première in Vienna in October that same year was a global triumph. Consequently, even though it only took a few more months for Carmen to become an instant success, Bizet didnt live long enough to see his fame established.

The two Carmen Suites were put together after Bizets death by a former fellow student of his, Ernest Guiraud. These suites can easily be called a collection of Carmens greatest hits. On this album they are combined with the LArlésienne Suites Nos. 1 and 2, Bizets other hugely popular set of orchestral suites, which are taken from the incidental music he composed for LArlésienne, a tragedy by French novelist Alphonse Daudet.

In this 1978 recording of the London Symphony Orchestra conducted by Sir Neville Marriner the suites are performed by one of the worlds most renowned orchestras coupled with one of the most distinguished conductors of the 20th century.