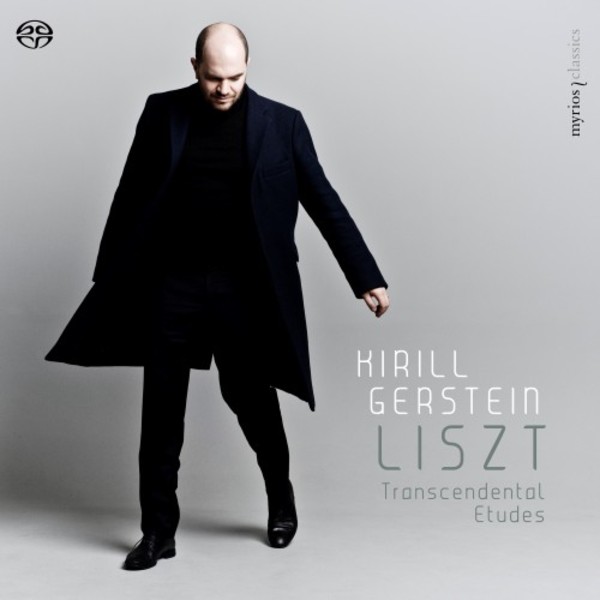 Liszts Transcendental Etudes are a quintessential distillation of the mid-19th century romantic project: theyre like sounding images of romanticisms nervous system, its otherworldly experiences, and its transcendence. - Tom Service (excerpt from the liner notes interview with Kirill Gerstein)

The multi-faceted pianist Kirill Gerstein has rapidly ascended into classical musics highest ranks.  With a masterful technique, discerning intelligence, and a musical curiosity that has led him to explore repertoire spanning centuries and styles, he has proven to be one of todays most intriguing and versatile musicians. His early training and experience in jazz has contributed an important element to his interpretive style, inspiring an energetic and expressive musical personality that distinguishes his playing.

The particular interest here is Kirill Gersteins decision to perform [Liszts Etudes dexécution transcendante] complete, and the questions about interpretation  notably speed, dynamics  that result. Born in the Soviet Union in 1979 and musically prodigious from the start, Gerstein had an early encounter with jazz before deciding, aged 16, to becoming a classical pianist. Perhaps that knowledge of improvisation, together with a sharp, analytical approach, gives his playing its distinctive freedom, risk and excitement.  Fiona Maddocks
The Guardian 24 July 2016

From the opening Preludio (played as a proper introduction, not as a macho wham-bang fest) and exacting demands of No 2  , we gather that Gerstein is no mere showman but a storyteller who, even at the height of Liszts ferocious challenges, lets the music breathe, controlling its ebb and flow with enormous skill.  Overall, its a terrific achievement.  Jeremy Nicholas
Gramophone September 2016