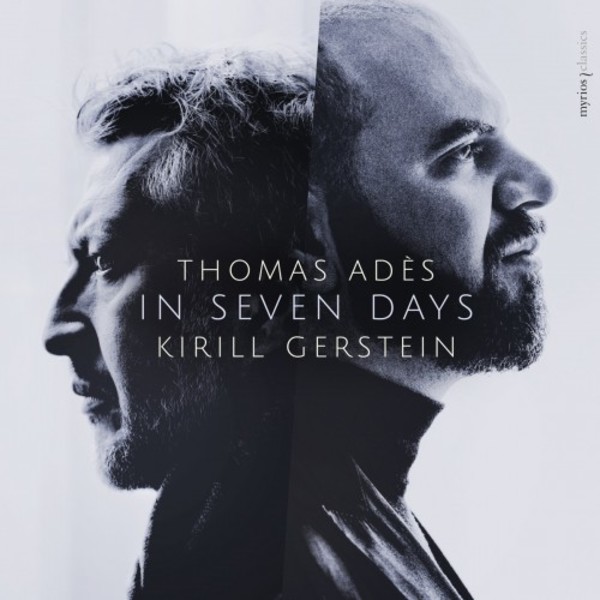 Kirill Gersteins decade-long relationship with British composer and pianist Thomas Adès is reflected through this latest release from Myrios Classics. Recorded in the luxurious acoustics of the Symphony Hall in Boston, the three Mazurkas for solo piano feature alongside the world premiere recordings of Berceuse from The Exterminating Angel and the Concert Paraphrase on Powder Her Face for two pianos performed with the composer.
Together with these works is In Seven Days for piano and orchestra which anticipated Adèss recent Piano Concerto written, like Berceuse, especially for Kirill. The live performance was captured in the Seiji Ozawa Hall as part of the 2018 Tanglewood Music Festival, with Adès conducting the Tanglewood Music Center Orchestra.
Mr. Adès, as his scores make clear, can be exacting about details. But when he listens to Mr. Gerstein play his music, he feels like he never has to worry. I can relax, which is unusual for me, Mr. Adès said. Its one of the only moments I can relax.
When theyre together, they talk about music, naturally, but for only a short time. To me its a very dear friendship, Mr. Gerstein said, a multithreaded friendship. Often, they share a good meal. Thats Kirill, Mr. Adès said. He always knows where to go.
 New York Times, 7 May 2020