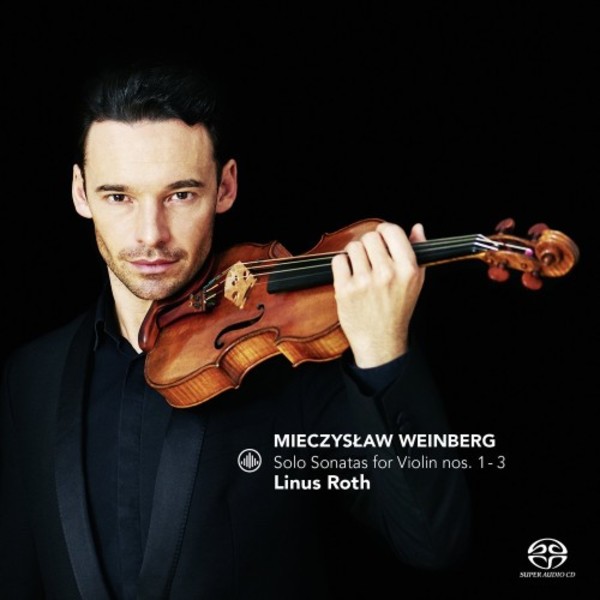 Linus Roths disc of Weinbergs three Sonatas for Solo Violin is the fourth recording he has devoted to the Polish-born composers violin music, following Challenge Classics CDs of his Violin and Piano Sonatas, Violin Concerto and Violin Concertino - two of which were Gramophone Editors Choices.

Since he won the Echo Klassik Award for his EMI debut album in 2006, Linus Roth has made a name for himself both as one of the most interesting violinists of his generation and as a champion of wrongly forgotten works and composers. One such is Mieczyslaw Weinberg, a friend of Shostakovich (whose music also appears here with a transcription of his Three Fantastic Dances). Roth is perhaps the leading performer of Weinbergs music currently; and his interest in the composer led in 2015 to the formation of the International Mieczyslaw Weinberg Society.

Weinbergs three unaccompanied violin sonatas are passionate works dating from 1964, 1967 and 1978. The Third Sonata, op.123, is the most challenging and important: one continuous movement lasting nearly half an hour, with many technical difficulties. This Sonata is dedicated to the memory of his father Shmuil Weinberg, who was a composer and conductor at the Yiddish theatre in Kishinev. Given that Weinberg knew his father had been murdered in the Holocaust, the Sonata isnt easy listening but its hugely rewarding.

Twenty years after his death, interest in Mieczysław Weinbergs music is burgeoning, thanks to standard-bearers such as violinist Linus Roth, who, having recorded almost all of Weinbergs works for violin with either piano or orchestra, now tackles the three solo violin sonatas. ... Listen to the sonatas individually ... and one appreciates not only the plate-spinning skill with which Weinberg keeps different strands of music airborne, suggesting much more than one actually hears, but also the poise and intensity of Roths performance; the Third Sonata, from 1978, unfolds in an unbroken, nearly half-hour stretch, and Roths achievement in maintaining its tension is considerable.  Erica Jeal
The Guardian 8 July 2016