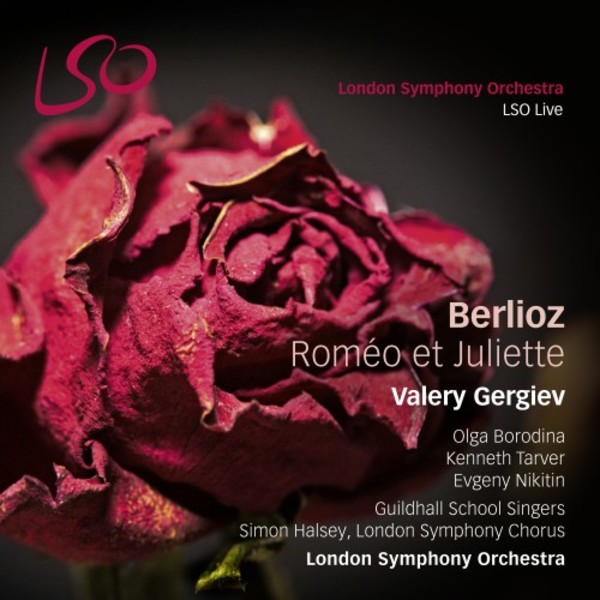 Released in the year of Shakespeares 400th anniversary, Valery Gergiev and the London Symphony Orchestra are joined by soloists Olga Borodina, Kenneth Tarver and Evgeny Nikitin for Berliozs Roméo et Juliette, recorded live at the Barbican Hall in November 2013. Part of a major series of eight concerts, this work toured to venues in the Czech Republic, Germany, Austria and France.

A large-scale symphonie dramatique, Roméo et Juliette was the fruit of the composers dual fascination with Shakespeare and with the actress Harriet Smithson, whom he was later to marry. Using the story of the star-crossed lovers as a starting point, Shakespeares passion and drama is deftly portrayed through his music, as well as through the abundance of lyrical poetry, written by French poet Émile Deschamps.

Grammy-award winning mezzo-soprano Olga Borodina is a star of the Mariinsky Theatre, regularly appearing at major opera houses and with great orchestras around the world. Borodina made her highly acclaimed European debut at Covent Garden, in 1992, sharing the stage with Plácido Domingo in Samson et Dalila  a performance that launched her international solo career as one of the most sought-after mezzos for her repertoire.

Kenneth Tarver is considered one of the outstanding tenore di grazia of his time. He has appeared at the most prestigious opera houses and concert halls around the world specialising in Mozart and challenging, oratorio repertoire. He has appeared on previous LSO Live recordings, notably Les Troyens conducted by Sir Colin Davis.

Bass-baritone Evgeny Nikitin trained at the St Petersburg State Conservatory, graduating in 1997. He has been described as physically, vocally, a complete star" by The Independent. His first solo performances were with the Mariinsky Orchestra and have been followed by invitations to perform across the world. His discography includes other recordings with Valery Gergiev, including Parsifal on the Mariinsky Label.

Gergiev was in inspirational form and the LSO embraced his reading of Berliozs Roméo et Juliette with skill and
energy. - The Guardian

It was on the wildest shores of Berliozs music  the frenzied depiction of the crowd descending on the lovers
tomb and the brawl of the Capulets and Montagues  that the Gergiev magic truly emerged. - The Observer