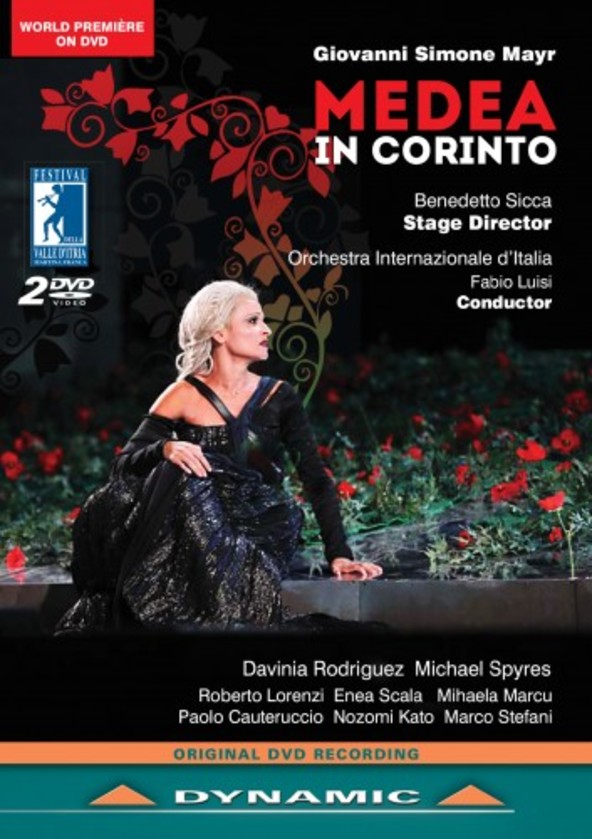 Mayr had established himself as a highly successful composer by the beginning of the 19th century. Medea in Corinto is one of his best-known operas, based on a libretto by Felice Romani. For decades after its 1813 première at the San Carlo Theatre in Naples, it provided one of the speciality roles for Isabella Colbran and Giuditta Pasta. In this recording, Italian conductor Fabio Luisi gives an intense reading of Mayrs music and masterfully underlines its deep psychological dimensions, enhancing the drama that unfolds on stage. Luisi, a Grammy Award-winning artist, is also principal conductor of the Metropolitan Opera and general music director of the Zurich Opera. Two great tenors, Michael Spyres and Enea Scala, take the important roles of Jason and Aegeus. The role of Medea is entrusted to the Spanish soprano Davinia Rodriguez, who effortlessly delivers Act Is demanding cavatina with obbligato violin, usually omitted in most productions.