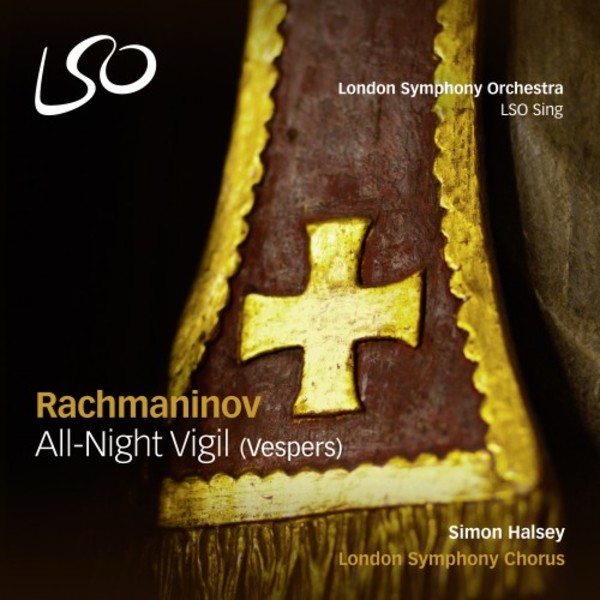 Formed in 1966 to complement the work of the LSO, 2016 sees the London Symphony Chorus celebrate its 50th anniversary as one of the UKs most well-established choirs. Made up of over 160 amateur singers from all walks of life, the Chorus has recorded widely for LSO Live, the partnership resulting in several award-winning releases - including three Grammy Awards, received for Berliozs Les Troyens and Verdis Falstaff.

Hauntingly beautiful, the All-Night Vigil or Vespers is a cornerstone of the choral repertoire, its 15 a cappella movements considered amongst the composers finest achievements. Composed in 1915, against a backdrop of political turmoil in Russia and the early throes of the First World War, the sense of spiritual transcendence in the work may be interpreted as the composers response to the chaos and suffering around him. While Rachmaninov was no conventional believer, the rituals and traditions of the Orthodox Church were an essential part of his cultural background, evident in his use of chants from the Russian Church as the basis for ten of the works fifteen sections. For the remaining five, Rachmaninov composed entirely new music, though these are so heavily influenced by tradition that it is near impossible to tell the difference.

Throughout the Vespers, Rachmaninovs immense compositional skill is on display - exploring a variety of textures,
timbres, rhythms and registers, all of which are beautifully handled by the choir and Simon Halsey.

Sharing choral music with the community is a key mission for the London Symphony Chorus and in 2015 Halsey prepared LSO Discovery and Community Choirs for the UK premiere of Jonathan Doves childrens opera The Monster in the Maze. Halsey and the LSC will continue this community work in 2016, with the world premiere of another childrens opera The Hogboon, conducted by Sir Simon Rattle and performed in memory of its composer, the late Sir Peter Maxwell Davies.